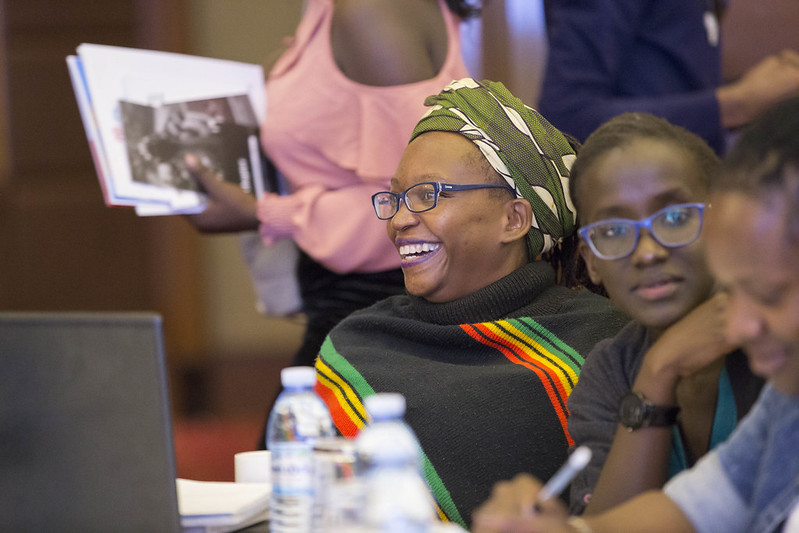 The Ugandan academic, writer and feminist activist Dr Stella Nyanzi, imprisoned for criticising the country’s president, has been awarded the Oxfam Novib/PEN International award for freedom of expression.

Nyanzi has been in Luzira women’s prison in Kampala, the capital, for nearly 15 months after writing a poem about President Yoweri Museveni’s mother’s vagina. The poem uses the metaphor of her vagina and Museveni’s birth to criticise his near 35-year rule.

In 2017, she spent 33 days in prison for a Facebook post in which she described Museveni as a “pair of buttocks”, after the president backtracked on a pledge to distribute sanitary towels to schoolgirls.

At the award ceremony, held during the opening of the Writers Unlimited festival in The Hague, an empty chair was used to symbolise the absence of Nyanzi.

“For her, writing is a permanent form of resistance in front of a regime that is trying to suppress her,” said Carles Torner, director of PEN International.

In an acceptance speech smuggled out of prison, Nyanzi wrote: “Unlawful laws are used in unjust courts to punish citizens whose only crime is exercising their constitutional freedom to write boldly about the dictatorship.”

She added: “My custodial sentence in a maximum security prison highlights how fearful this dictator and his cronies are of writers. Isn’t the pen, indeed, mightier than the sword?”

Jennifer Clement, PEN International president, said of Nyanzi: “Though her words might be colourful and shocking to some, this is not enough to justify the imposition of penalties, and public officials should tolerate a higher degree of criticism than ordinary citizens.”

Nyanzi is due to appear in court on Friday for another hearing to appeal against the court’s decision last August to sentence her to nine more months’ imprisonment for cyber harassment of the president.

She was convicted under the Computer Misuse Act 2011, a law that Amnesty International wants scrapped because it “has been used systematically to harass, intimidate and stifle government critics like Stella Nyanzi”.