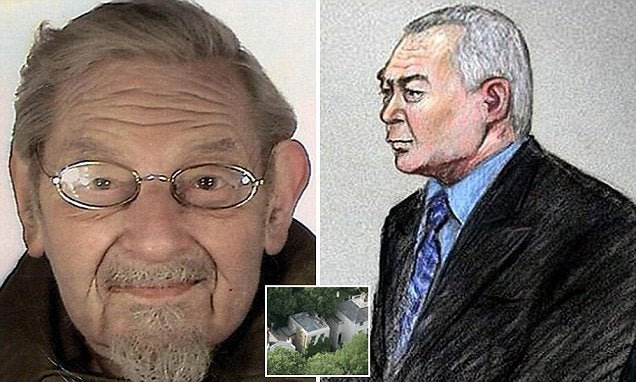 The European court of human rights has dismissed the appeal by the former Chinese dissident and MI6 informant Wang Yam that he had not had a fair trial because his defence evidence was held in secret on grounds of national security.

In the latest chapter of the long-running case, the court ruled that the exclusion of press and public from his trial for murder in 2008 had not resulted in unfairness.

Wang Yam, now 58, was charged with the murder of the 86-year-old writer Alan Chappelow at the latter’s home in Hampstead, north London in 2006. At his trial in 2008 the judge, in an unprecedented move in an English court, ordered that his evidence be heard behind closed doors in the interest of national security. After two trials he was convicted of murder and mail theft by a majority verdict and jailed for life.

Wang Yam claimed that his right to a fair trial, a central principle upheld by the European convention on human rights, was denied because of the evidence heard in camera. He also said the UK breached the convention by refusing to allow the European court of human rights judges to have sight of his defence case.

The Strasbourg court has always been reluctant to challenge claims by governments in the interests of “national security in a democratic society”, a claim specifically set out in the European convention on human rights. The judges ruled that it was “pure speculation” that third parties would have offered to give evidence if Wang’s defence had been in open court.

“The decision is a setback for Mr Yam in his continuing quest to overturn his conviction and clear his name,” said his legal team in a statement. “We will of course read and digest the reasons given by the European court carefully. It is an astonishing feature of the case that under threat of punishment, Mr Yam is prohibited from fully explaining the wrongs of this case – whether to the European court of human rights or beyond and thus openly refuting the basis of his conviction. The unparalleled blanket of secrecy surrounding this case is and remains a real impediment to justice … Secret trials and convictions are a retrograde step for any democracy and inconsistent with the values of this nation.”

Wang Yam’s case was referred back to the court of appeal in 2014 after the Guardian revealed that a near neighbour of the murdered man had suffered a murder threat and similar mail theft when Wang Yam was already behind bars. No DNA or fingerprint evidence found in the murdered man’s house identified Wang Yam although it was clear that others had been there recently. Footprints, a sleeping bag and cigarette butts that could not be linked either to the dead man or Wang Yam were found.Get more news Human Rights Latest News

Protests in Greek islands and the sad reality of economic migrants