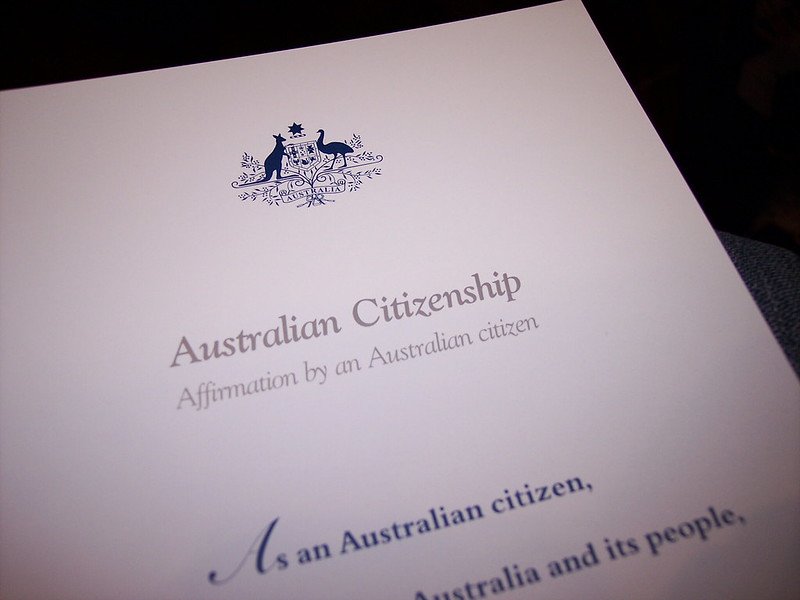 An Australian mother of five held in the deteriorating al-Hawl camp of northern Syria has been stripped of her citizenship retroactive by three years – leaving two of her children potentially stateless and potentially permanently splitting her family.

The woman, who held Australian and Lebanese citizenship, was informed by letter this week her citizenship has been extinguished, backdated more than three years.

Three of her children were born in Australia and retain Australian citizenship: her two youngest children, born in Syria, are not able to claim Lebanese citizenship (which is passed through paternity) and have no documents to prove their nationality.

Under international law, it is illegal for Australia, or any country, to make any person stateless.

The children’s father, a former Isis fighter, is currently being held in a Kurdish prison. He also held dual Australian and Lebanese citizenship, but has since been stripped of his Australian nationality.

The Australian Department of Home Affairs, while declining to comment on the individual case, said it “takes seriously its international obligations in relation to the rights and protection of children”.

“There is no consequential loss of citizenship for a child if their parent loses their Australian citizenship.

This may still exclude the woman’s two youngest children because of the retroactive effect of her, and the children’s father’s, de-nationalisation.

Currently, there are 19 Australian women and 47 Australian children held in the al-Hawl camp. The Australian government is aware of their identities and the bona fides of their Australian citizenship or right to claim that citizenship.

They are family members of former foreign fighters who have been captured or killed. None of the Australian women in the camp were combatants, and many were coerced, forced or tricked into travelling to Syria.

The youngest child in the Australian group is less than two months old, born on 30 November last year.

Were the children and their mothers able to get to an Australian embassy or consulate, the Australian government would be legally obliged to provide them travel documents to return home.

Sources inside the camp say Kurdish authorities, who still control the area, have established a safe route across the Iraqi border for foreign citizens, but it is political will from countries such as Australia preventing citizens being repatriated.

Observers say Kurdish control of the region is tenuous, and is expected to be challenged by larger military forces in coming months: Russian-backed Syrian regime forces to the south and Turkish forces from the north.

Kamalle Dabboussy, whose daughter and three grandchildren are held in al-Hawl and who is a spokesman for the group of Australian women and children, said the government should rescind its decision to strip the Australian mother’s citizenship.

“We don’t believe that this is the intent of the legislation, but this is its effect, it has left two children effectively stateless.

“I’ve met these children – the eldest is three or four years old – we know these children, but they have no documents to prove they even exist, and now Australia is leaving them without a nationality.”

Dabboussy said the women in the camp had agreed to subject themselves to the Australian justice system upon return, and that the children held in the camp had done nothing wrong. He said every day left in the dangerous conditions of al-Hawl made the children’s eventual – and inevitable, given they are Australian citizens – reintegration into Australian society more difficult.

Australia’s unilateral action to retroactively strip citizenship comes as the powerful United Nations Human Rights Council, on which Australia sits, said nations around the world should repatriate their children from camps in Syria and should stop stripping citizenship from its nationals caught up in the war.

In an unflinching report, an independent commission reported on the indignities and punishments inflicted upon children during the Syrian conflict, including murder, torture, rape, arbitrary imprisonment, denial of food and water and of medicine, and forced conscription to fight.

The commission urged third countries to protect its children caught up in the ongoing violence.

It said counties of origin should “take immediate steps for the simplified registration of their nationals born in Syria with the ultimate aim to repatriate them and their caregivers as soon as possible”.

“Countries of origin should also refrain from stripping parents of their nationality in light of the impact on children.”

The report said “mothers should be repatriated along with their children to ensure adherence with the best interests of the child principle. Any subsequent legal processes against parents should be undertaken with due regard to international human rights law”.

Mat Tinkler, Save the Children’s director of international programs and policy, told the Guardian the UN report was a clear warning to all governments, including Australia’s, of the dire consequences for children of denationalisation.

“The UN makes explicit that denying these children of their right to citizenship puts them at higher risk of exploitation and abuse.”

Citizenship is regularly posited as one of the most fundamental of human rights, ‘the right to have rights’ from which others flow. Without citizenship, children find it more difficult to access education, medical care, or basic protections of the law.

“We’re aware of a number of cases where decisions by the Australian government may effectively render a child stateless,” Tinkler said.

“The Australian government has a responsibility to protect these innocent children, to act in their best interests. We genuinely hope they heed the UN’s warning, before it’s too late.”

Conditions in al-Hawl camp grow steadily worse. Up to 70,000 women and children are held in the camp, where the Syrian winter has brought freezing temperatures, snow, flooding of the tents where families live, and widespread illness. Violence, including murder, is common, children die regularly from illness, and others have been injured when tents catch fire.

Many observers have raised concern it is acting as an incubator for extremism and, if left to languish, a potential site of resurgence for Isis. Find more news about Human Rights Latest News