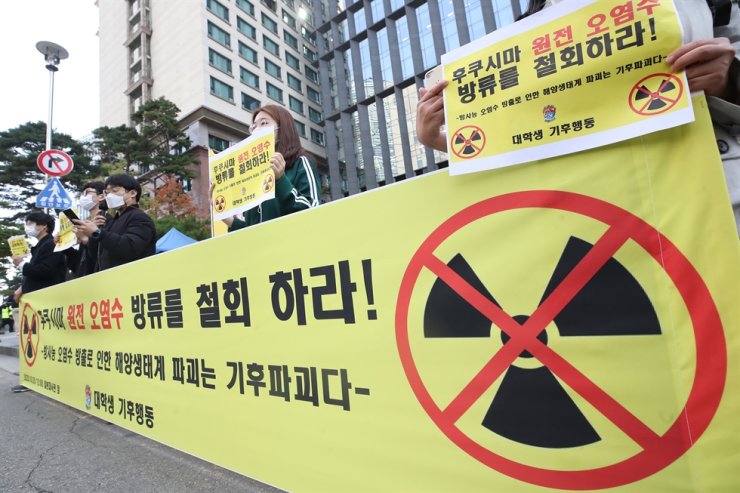 A senior official at Japan Embassy has said that Japan is open to work with South Korea in association to monitor water treatment and release into ocean of Fukushima nuclear power plant’s contaminated water.

A senior official at Japan Embassy has said that Japan is open to work with South Korea in association to monitor water treatment and release into ocean of Fukushima nuclear power plant’s contaminated water. The message came on Friday after Tokyo relayed that it will soon announce its plan of discharging over 1.2 million tonnes of radioactive water into the sea. The contaminated water has been stored in tanks since 2011 when nuclear meltdowns had happened due to earthquake and tsunami.

Japan has said that the storage capacity will reach its threshold by 2022 summer and hence has proposed water disposal into Pacific Ocean. Tokyo has argued it to be the most harmless and realistic option for disposal. However, this method has attracted strong opposition from both South Korea and people of Japan.

Tone of President Moon’s speech is that South Korea is willing to work with Japan….”if Japan chooses the path of dialogue and cooperation, we will gladly join hands. We will strive with Japan to create an East Asia that engages in fair trade and cooperation.”

During a media briefing, a Japanese Embassy in Seoul official was questioned regarding co-operation between Japan and South Korea regarding water disposal.

We will disclose all information if you’re interested in monitoring.

a Japanese Embassy in Seoul official

Monitoring is to be done from Tokyo through consultations with neighbouring nations. The actual monitoring, post confirmation, will most likely take place in 2022 when the process will actually begin.

The decision was to be made last month, but Japan decided to hold the finalization citing the strong opposition from South Korea as well as local fishing industry. Seoul has been consistently asking Tokyo to present firm plans on dealing with radioactive water and be transparent on the disposal plan. The embassy official has said in this relation that Tokyo will ensure to satisfy all queries of South Korea and clear all details.

We have had various occasions where we heard the opinions of many countries, including South Korea… and we’ll continue to do so. We are frequently in contact and cooperating with the South Korean government

a Japanese Embassy in Seoul officia

Concerns over the unknown implications and long term effects of discharging radioactive water post treatment into ocean have been raised by many environmental groups, including Greenpeace. The activists have called for further examination and assessment of the water and decision before finalizing the disposal method.

The nuclear plant is operated by Tokyo Electric Power Corp. which has ensured of treating water before discharging, leading to removal of all radioactive material. But tritium wouldn’t be removed, which they say is harmless.

Hey I know this is off topic but I was wondering if you knew of any widgets I
could add to my blog that automatically tweet
my newest twitter updates. I’ve been looking for a plug-in like this for quite some time and was hoping maybe
you would have some experience with something
like this. Please let me know if you run into anything.
I truly enjoy reading your blog and I look forward to your new
updates.

Hello to all, because I am in fact eager of reading this website’s post to be updated on a regular basis.
It consists of nice material.

What’s up, yup this article is genuinely pleasant and I have learned lot of things from
it regarding blogging. thanks.

I think the admin of this site is really working hard in favor of his web site, for the
reason that here every stuff is quality based stuff.

I?m amazed, I have to admit. Seldom do I encounter a blog that?s
equally educative and entertaining, and let me tell you, you’ve hit the nail on the head.
The problem is something which not enough folks are speaking intelligently
about. I am very happy I came across this during my hunt
for something relating to this.

I believe other website owners should take this internet site as
an example, very clean and fantastic user friendly style and design.