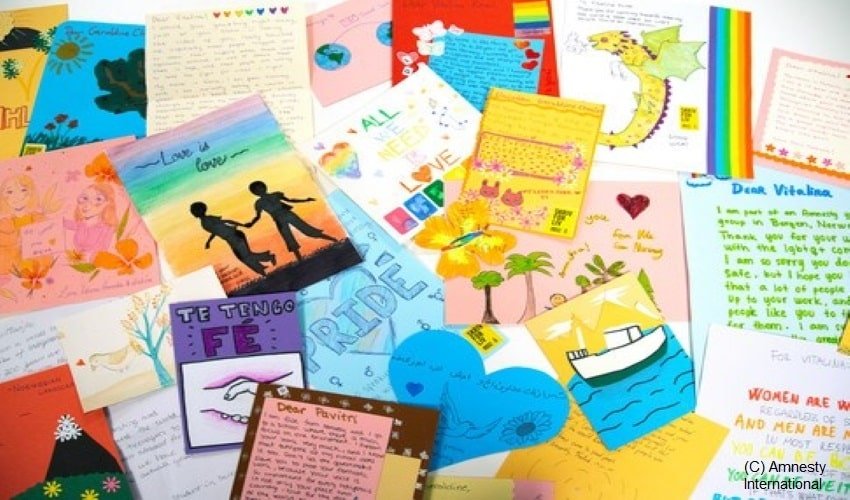 Amnesty International launches the Write for Rights campaign to help 10 individuals confronting human rights abuse. Moreover, calling on governments to set right heinous crimes against people who are facing punishment or abuse in nations over the globe, and to be an example in help building a more pleasant post-coronavirus world.

The Write for Rights campaign is about people helping others, and this method of communicating our mutual humanity has never been more significant and pertinent. World powers must react to this widespread longing for change by conveying justice to those whose human rights are being assaulted.

Write for Rights: A chance for governments to stand up for humanity – Amnesty International https://t.co/WYZL2LvwOj pic.twitter.com/z4GJorL5tq

Each December, people around the globe compose a huge number of Facebook posts, letters, messages, tweets, and postcards for those who are facing human rights abuse, which is the world’s greatest human rights event.

However, it has been very decimating due to the pandemic, but it has brought the best out of people. We have seen innumerable demonstrations of solidarity as individuals meet up in their communities to support those who are in need.

In Malta, three adolescents from Ivory Coast and Guinea are anticipating preliminary on outlandish terrorism following helping as interpreters for the captain and crew of a Maltese supertanker which came to rescue them – and in excess of 100 others – from their sinking rubber vessel.

At first, the ship captain needed to take the 114 individuals, including 20 ladies and 15 kids, back to Libya, where they would have been in danger of exploitation, including confinement in harsh conditions, blackmail, and torment. However, after talks with the migrants, the captain and his crew consented to take them to Malta.

Yet, on arrival in Malta, the three adolescents, who had helped as interpreters, were arrested on allegation of the hijacking of the ship and for forcing the captain to take them to Malta. They are presently blamed for intense offenses that could convey life sentences.

Amnesty International is requesting justice for the “El Hiblu 3” and requiring the charges against the young people (presently aged 16, 18, and 21) to be released.

As observed in earlier years, composing letters truly achieve change for the people whose cases are featured in Write for Rights, and furthermore offer emotional help and consolation to them and their families.

Amnesty’s research and campaign help reveal that capital punishment is excessively utilized against poor and burdened individuals. As indicated by international law, and South Sudanese law, confining a child to the death penalty is unlawful.

“The power of individual movement to help spare lives and hold governments answerable should never be disparaged. Year on year we see the ground-breaking sway that essentially composing a letter or email can convey,” stated Verhaar.