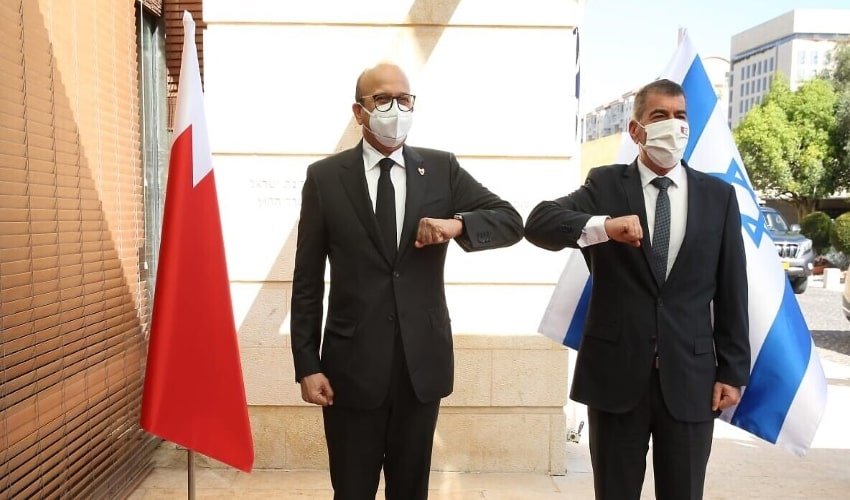 The declaration was made during the first official visit of Bahraini officials to Israel. On Wednesday Israel welcomed the Gulf kingdom’s foreign minister, Abdellatif al-Zayani, at Tel Aviv’s Ben Gurion airport. He was received by his Israeli counterpart Gabi Ashkenazi,

On Wednesday, both Bahrain and Israel announced that the two would be opening their embassies for each other. Besides, the two also decided to open airspace, exchange weekly flights and set up online visa systems to encourage travel between both the nations. It was a historic move towards establishing ties between the two nations, which have been on the opposing ends for the past decades.

The declaration was made during the first official visit of Bahraini officials to Israel. On Wednesday Israel welcomed the Gulf kingdom’s foreign minister, Abdellatif al-Zayani, at Tel Aviv’s Ben Gurion airport. He was received by his Israeli counterpart Gabi Ashkenazi,

The inception of warming up of ties between the two nations happened with the signing of peace agreement, Abraham accord, brokered by the US government on 15 September 2020. Bahrain is the fourth Arab country to recognise Israel statehood and establish diplomatic ties with it. The other three included – Egypt, Jordon and UAE. UAE and Bahrain together signed the normalisation treaty. The event was lauded by western world and some of the Arab nations as it laid the roadmap for resolution of issues between Arab world and Israel but it was strongly condemned as a “betrayal” by Palestinians, Iran and Turkey.

Palestinian leaders slammed the agreement as Arab world committed to support their cause and refrain from establishing any ties with Israel unless the latter accepted the long contested two-state solution for its decades old conflict with the Palestinians.

Besides, Al-Zayani, US Secretary of State Mike Pompeo, also visited Israel around the same time. The trip of both the officials coincided, giving Pompeo all the more reason to hail Trump administrations’ landmark move in the region. Besides, the key motive for US to broker the deal was to raise a formidable opposition against Iran in the region, to curb it from pursuing extremist activities.

Pompeo, who was joined by his Bahraini counterpart and Israeli Prime Minister Benjamin Netanyahu, said that the peace deal “tell malign actors like the Islamic Republic of Iran that their influence in the region is waning and that they are ever more isolated and shall forever be until they change their direction.” Besides Bahrain, Sudan is the latest addition to the list of nations who extended ties with Israel and the third Arab nation to so this year. It was last month that Sudan signed the normalisation deal with Israel. Many believed that it was a bargain which Sudan agreed to in exchange of removal of its name from US “state sponsor of terrorism blacklist,” where it had its name for more than 25 years.