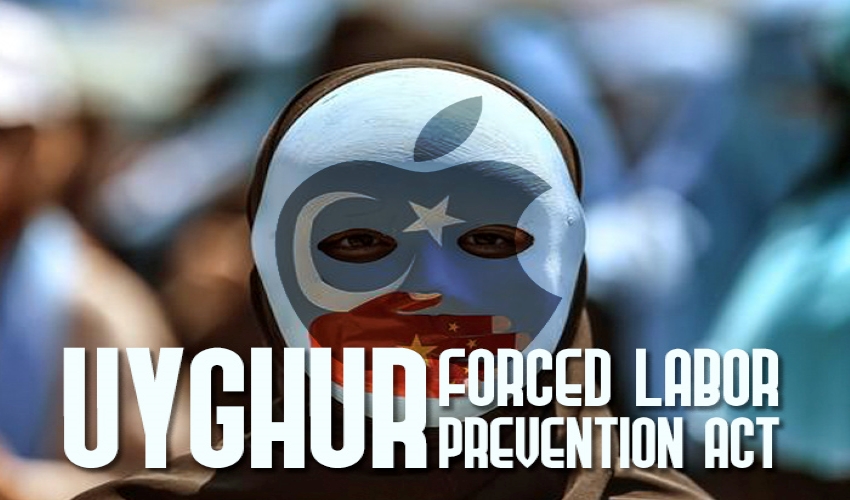 The Washington Post which brought out the detailed report over the issue, exposed that many US companies including Apple did not support the bill and some of the Congressional staffers, who were aware of the matter, claimed that rather the company was trying to tone down certain key elements of the proposed act.

Recent human rights reports highlighted the instances of Chinese government using forced Uighur labor in its manufacturing and supply chain units. This formed the basis for US Congress’s new bill – the Uyghur Forced Labor Prevention Act. The bill was tabled in order to take an officials action against China for its disregard for human rights and labour rights. The bill primarily focused on tapping textiles and other low-tech industries.

The bill would compel the US companies operating out of China, to guarantee that they were not promoting forced labour and did not employ imprisoned or coerced workers from the predominantly Muslim region of Xinjiang. Xinjiang is the infamous region where researchers believed that the Chinese government has held over 1 million people (as of November) in confinement camps.

The Washington Post which brought out the detailed report over the issue, exposed that many US companies including Apple did not support the bill and some of the Congressional staffers, who were aware of the matter, claimed that rather the company was trying to tone down certain key elements of the proposed act.

Today, the House sent a strong message with the passage of resolutions calling for the end of China’s human rights abuses. The House on a bipartisan basis will always fight for freedom of religion & culture in Tibet and for the rule of law in Hong Kong.

“What Apple would like is we all just sit and talk and not have any real consequences,” said Cathy Feingold, director of the international department for the AFL-CIO, which backed the bill. “They’re shocked because it’s the first time where there could be some actual effective enforceability.”

Apple spokesperson Josh Rosenstock said the company, which has its huge supply chain in China, “is dedicated to ensuring that everyone in our supply chain is treated with dignity and respect.” He added, “We abhor forced labor and support the goals of the Uyghur Forced Labor Prevention Act. We share the committee’s goal of eradicating forced labor and strengthening U.S. law, and we will continue working with them to achieve that.” He said that earlier this year Apple even “conducted a detailed investigation with our suppliers in China and found no evidence of forced labor on Apple production lines, and we are continuing to monitor this closely.”

On the face of the issue, Apple lend its full support towards the cause to prevent forced labour, but its lobbying firm, Fierce Government Relations, revealed a different story. The company’s form disclosed that Apple hasn’t taken any stand over the issue, neither for nor against.

Apple faced the heat, earlier this year, when certain Apple suppliers were accused of using forced Uyghur labor to manufacture components for the Cupertino tech giant. In July, Apple said that it carried out investigations, though the results showed no evidence of wrongdoing among its suppliers. “Forced labor is abhorrent,” In July, Apple CEO Tim Cook told Congress. “We would not tolerate it in Apple” and would “terminate a supplier relationship if it were found.”

biden we just did

This page certainly has all of the information and
facts I needed about this subject and didn’t know who to
ask.

joe biden we just did

Does your website have a contact page? I’m having problems locating it but, I’d like to send you an email.
I’ve got some suggestions for your blog you might be interested in hearing.
Either way, great blog and I look forward to seeing it
develop over time.

biden we just did 46 hat

Hey There. I found your weblog the use of msn. That is an extremely
neatly written article. I will be sure to bookmark it and return to learn more of your
helpful info. Thanks for the post. I will definitely comeback.

You made some decent points there. I checked on the
web for more information about the issue and found most people will
go along with your views on this site.