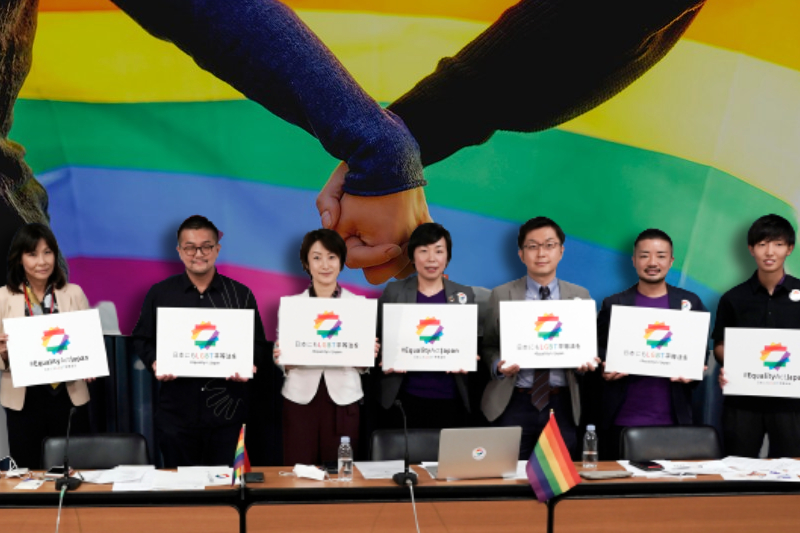 The LGBT Non Discrimination Act is being solicited many South East Asian countries. On the top of the list is Japan. The top companies that are extending their support include those who have agreed to sign a LGBT Corporate Support Letter for #EqualityActJapan. These include Coca-Cola, Deloitte, EY Japan, Intel, PwC, Salesforce, PepsiCo, and SegaSammy.

As global LGBT Pride month kicks off, Japan is going all out to support the LGBT community. The human rights groups are pinning the responsibility to acknowledge and respect the equality act.  According to Yuri Igarashi, co-chair of the Japan Alliance for LGBT Legislation (J-ALL).

It is the responsibility of the Japanese government to pass an LGBT equality act now. Companies endorsing the LGBT Corporate Support Letter have made a clear call to end LGBT discrimination in Japan

A major movement is happening in Japan where big companies have joined efforts within Japan and abroad calling on the Japanese government to pass the bill during the current session of Japan’s legislature, the Diet, which is scheduled to end in mid-June 2021.

According to the Corporate LGBT Support Letter, legal reform is the call of the hour in Japan “that would prohibit discrimination based on sexual orientation or gender identity and contribute to an inclusive society where everyone is treated equally.” Most companies are now endorsing the letter and have been quoted saying that they “believe strongly in the equal treatment of people regardless of sexual orientation,” and support “passing an LGBT Equality Act.” This is a big move for a country like Japan that till date did not have any national legislation protecting LGBT people from discrimination. A recent study puts Japan next to last in a ranking of laws on LGBT Inclusiveness for developed countries.