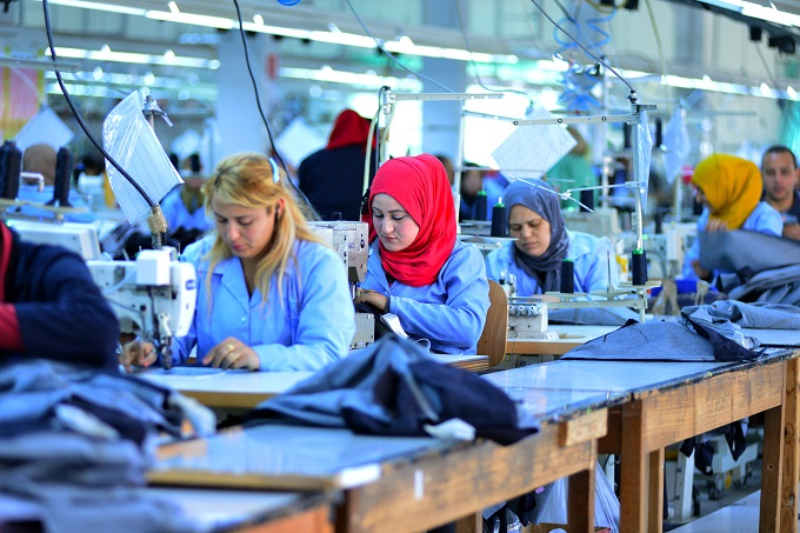 Tunisian garment factories have been hard hit by the Covid-19 pandemic. These factories primarily supply the fashion houses in Europe and due to pandemic, the consequences have been dire for workers in Tunisian factories. Thousands of job losses, unpaid wages and labor rights abuses have been the rising concerns in sector.

Najeh, a worker who sews cuffs onto shirts at Fada factory in town of Menzel Temime is waiting for her wages for four months and is hopeful to receive it in August as promised by her employer. She asks, “How is there no money? We are working. The exports are going out as they always do.”

Though the exports to Europe have picked up after a drop last year due to pandemic, almost 4500 workers in Tunisia’s textile and garment industry lost their jobs by year ending February 2021, says Tunisian Federation for Textiles and Garments (FTTH).

Najeh remains unassured despite factory owner’s pledge of paying overdue salaries. She said that shirts in factory are made for Italian brands including Renato Balestra group, Lancetti and Il Granchio. None of the company was available for immediate response.

Problem lies in the industry structure

The FITH industry group says that the North African country’s garment and textile industry is the second largest earner of exports. According to official data the industry has contributed €2.1bn to country’s economy in 2020.

Mounir Hassine, regional director of the NGO Tunisian Forum for Social and Economic Rights (FTDES) said that industry employs over 150,000 Tunisians, majority of who are women. Pandemic has evidently exposed widespread labor abuses in the Tunisian industry. “Covid has accelerated things, but all of this is related to structural problems in the sector,” he said.

According to union rules four years of work can help the worker earn a permanent contract that guarantees improved working conditions. But workers say that majority of times employers find ways to shelf this provision.

Pandemic has led to more common instances when regular wages are also withheld. Under Tunisia’s labor laws, withholding payment without reason or prior notice is illegal.