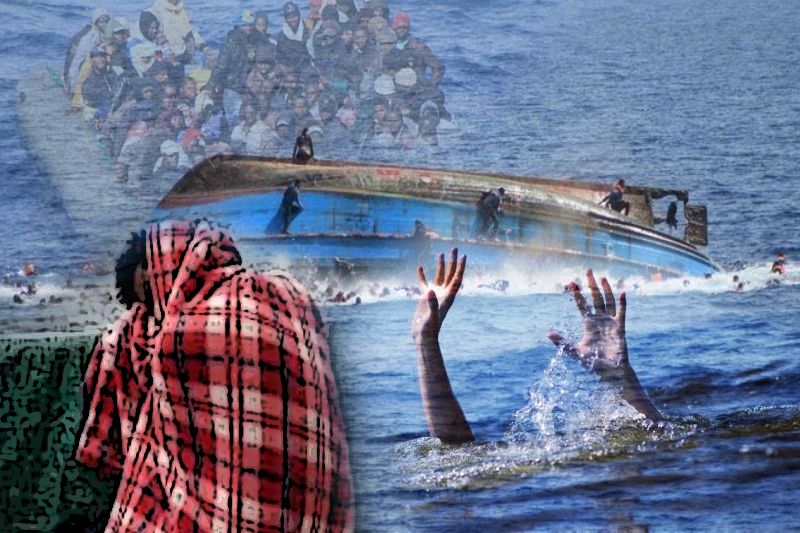 On Friday, the UN refugee agency reported death of 41 African migrants near Tunisia, who were trying to cross Mediterranean Sea, in hope of a better life in Europe. Among the deceased was one child. The tragic incident, which took place on Thursday near the coast of Sidi Mansour, in southeast Tunisia, was caused due to sinking of the boat in which the migrants were travelling.

A day after the incident, the UN refugee agency and International Organization for Migration (IOM) issued a joint statement saying, “The bodies of 41 people, including at least one child, have so far been retrieved… According to reports from local UNHCR and IOM teams, three survivors were rescued by the Tunisian National Coast Guard.”

It added that the rescue teams were still at work till Friday. It said, “The search effort was still underway on Friday. Based on initial information, all those who perished were from Sub-Saharan Africa.” But the search operation was later called off on Saturday due to the bad weather.

The statement added, “This tragic loss of life underscores once again the need to enhance and expand state-led search and rescue operations across the Central Mediterranean, where some 290 people have lost their lives so far this year… Solidarity across the region and support to national authorities in their efforts to prevent loss of life and prosecute smugglers and traffickers should be a priority.”

Tunisia’s port city of Sfax is said to be a common exit point for refugees from Africa and Middle East who try to enter Europe through the Mediterranean Sea, despite the high risks involved. The route has been marked as the deadliest one. Yet the yearning for better life pushes migrants to take chances with their lives, who sometimes even sail on board makeshift vessels to cross the mighty sea. “So far this year, sea departures from Tunisia to Europe have more than tripled compared to the same period in 2020,” the UNHCR-IOM statement said. As per the UN reports about 1,200 migrants have lost their lives since last year while trying to cross the Mediterranean Sea. The report highlighted that most of them died crossing the central part of the sea.