Danger to democracy as Tunisians vote on new constitution 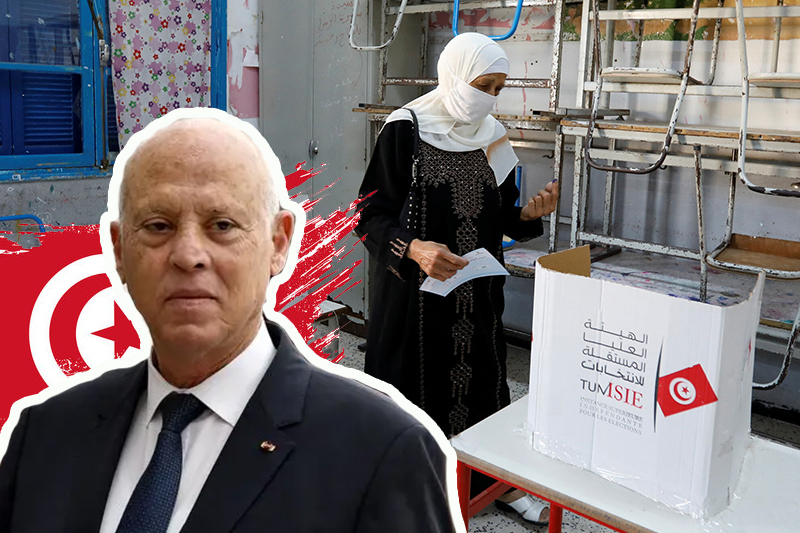 danger to democracy as tunisians vote on

North Africa – Monday marked the day that Tunisians came out to vote, though in low numbers, in a referendum on a new constitution that would further expand the powers of President Kais Saied and push aside the powers of other government branches. Experts worry that this might be a downfall of new tangent for the country’s democracy and rights of people.

If approved, this referendum will solidify and protect the steps taken by President Kais Saied to make him the ‘supreme power’ of Tunisia, the steps for which he started exactly a year ago. By dissolving the Parliament, President Saied took the powers of ruling Tunisia into his own hands by decree, giving him the ultimate authority for critical decision such as forming a government, appointing judges and proposing laws.

Rights experts, groups and also the opponents in the country are of belief that this signals end of democratic system that was built by Tunisia, the country from where Arab Spring started a decade ago, ousting the dictatorship and emerging as a model of democracy in Middle East.

President Saied, despite of global criticism of his series of actions to take in the power, stresses that the “changes are needed to cleanse the country of corruption and end the paralysis of its political system”.

The referendum is from beginning an opposite of democracy. It has been processed while excluding opposition. While being in accordance to the new constitution, it has been written and endorsed by President Saied.

President Saied is confident of bringing a positive change in country’s politics and repair economy, the people of Tunisia offer mixed support. Some are willing to give him a chance, citing that they have nothing to lose. “Everything is expensive, the cost of living is extremely high and you can’t provide for a family,” Ziad Raghouani, 37, a waiter from Tunis, said. “I want a solution for this situation that is keeping us from living. God willing, our president, Kais Saied, will bring Tunisia back to the way it was in the past.”

But the fact that the means and methodology of Saied’s “good intentions” are anything but democratic raises a big question. Will this mean that Tunisia will have another authoritative regime, putting all hard work done a decade ago to gain democracy down the drain. Or will it be the first step towards repaired economy and democracy as said by Saied.