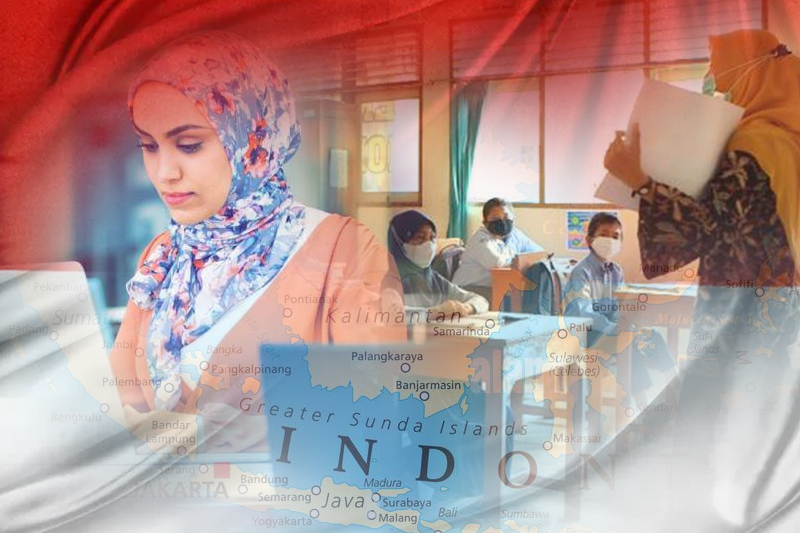 Indonesia – Christian women are forced to wear Hijabs (a scarf that Muslim women wear to cover their hair and neck) in Indonesia. Twenty-four of the thirty-four provinces in the Muslim-majority country, Indonesia, impose repressive dress codes for women and girls, including Christian women.

Women who do not wear Hijab face consequences and bullying, according to an international human rights group. Millions of young girls and women in the country have to wear hijabs if they want to work or want to go to school.

According to a recent report from Human Rights Watch (HRW), as many as 150,000 schools in Indonesia’s 24 Muslim-majority provinces have enforced mandatory Hijab rules. In conservative Muslim areas like Aceh and West Sumatra, non-Muslim girls have also been forced to wear the Hijab.

HRW interviewed more than 100 women in Indonesia who have experienced abuse for refusing to wear the Hijab. Schoolgirls, teachers, and doctors have been forced to wear Hijab.

Young girls who refused to wear Hijab were forced to leave school or withdrew under pressure. Many female civil servants, including teachers, doctors, school principals, and university lecturers, lost their jobs for refusing to wear Hijab.

HRW also revealed that intimidating and threatening messages were sent on messaging apps to women who refused to wear Hijab. Young girls were bullied on social media for not wearing Hijab.

Anggun Purnawati, a tour guide in Kebumen, Central Java, and follower of the Kejawen Maneges, an ethnic Javanese local religion, said, “We are a family of Kejawen Maneges believers, including my daughter, Gendhis Aurora, 7, who is a second grader at the school. We believe that Kejawen Maneges women and girls do not need to wear the Hijab. Gendhis do not want to wear the Hijab for both religious reasons as well as health. She is often bullied for not wearing a Hijab. People tell her she will “end up in hell” for not wearing Hijab and not reciting the Quran.”

Danger to democracy as Tunisians vote on new constitution