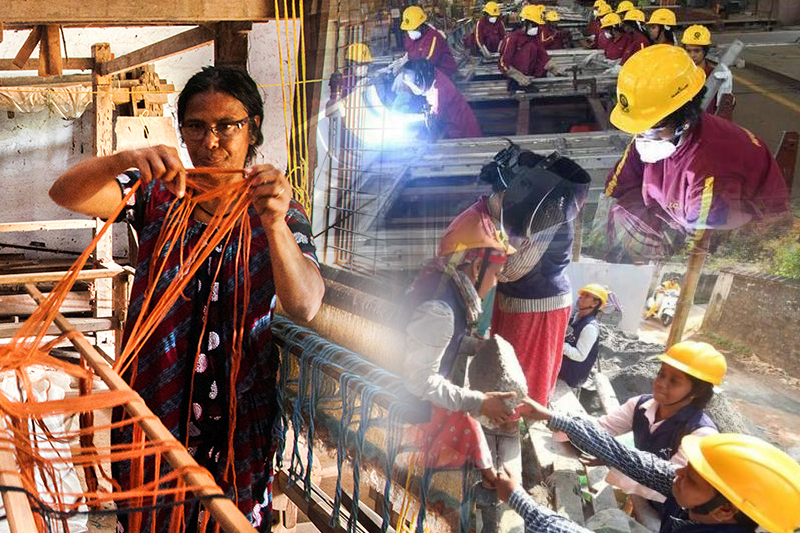 proposed labour laws of kerala a boon for women

According to the Kerala Economic Review 2022, an increasing industrial sector in Kerala is creating more job possibilities. Chemicals, refined petroleum products, rubber, and plastic products are industrial sectors that are expanding in size and account for 18.82 percent of Kerala’s employment.

Unfortunately, women confront significant legal obstacles that further cement already-existing employment-related disparities. Therefore, it is crucial to identify these obstacles, which makes a compelling case for decision-makers to establish an enabling environment through progressive legal reforms.

The Labor Codes 2020 will go into effect with the goals of streamlining the complex labour laws, relieving the onerous workplace environment, and improving the country’s ranking in the ease of doing business index. The Kerala Code and the accompanying Draft Rules 2021 must be examined to determine how much they have aided women in gaining employment.

The Factories Act of 1948 (the “1948 Act”) was replaced by the Occupational Safety, Health and Working Conditions Code 2020 (the “OSH code”), which was passed by the Union government. The Kerala government has released a draft of OSH Code Rules in 2021 [Draft Rules 2021] that repeals the Kerala Factories Rules of 1957 in order to effectively implement the Code.

Women are not permitted to work in factories that have been designated as “hazardous” according to the Kerala Factories Rules of 1957. With sufficient safety precautions adopted by the employer in accordance with the State Rules, the OSH Code lifts the prohibition on women working in “hazardous” activities.

All factories will be available to women, with the exception of pregnant women, per Rule 45 of the Draft Rules 2021. The Rule outlines safety precautions include worker safety gear and appropriate training. When compared to the Schedules under the Factories Rules 1957, it hasn’t made any substantial adjustments.

According to a detailed review of the Draft Rules 2021, women are prohibited from participating in around 13 “dangerous” manufacturing activities. It is shocking to see how few restrictions have been loosened while two new kinds of restrictions have been added. The new regulations apply to factories that engage in manufacturing and whose noise levels exceed the limits. As a result of the Draft Rules 2021’s contravention of the OSH Code’s provisions, the legislative domain has been ignored.