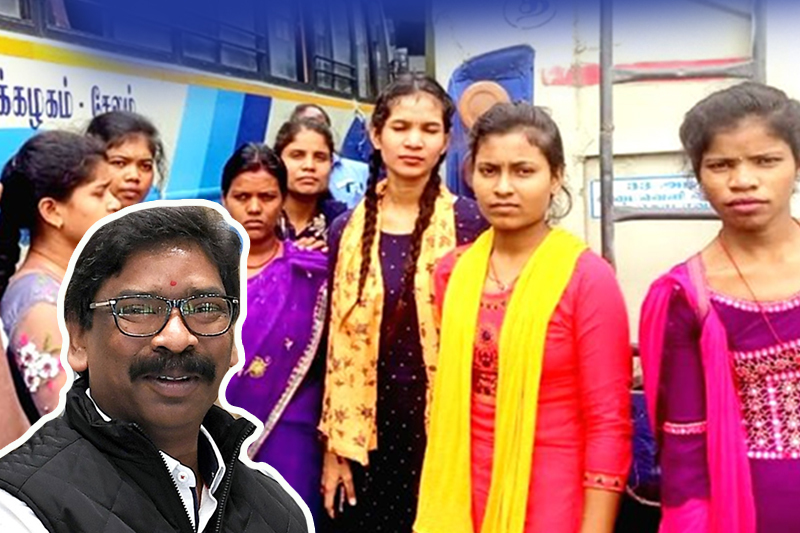 India – A Jharkhand government release announced on Wednesday that six migrant labourers from the West Singhbhum region of the state had been freed from captivity in Tamil Nadu’s yarn spinning factory.

The migrant workers were coerced into working at the spinning mill by a contractor. They are from the Sonua area of Chaibasa. It said they were taken prisoner and barred from leaving again.

They made a request for assistance, and the Jharkhand government responded. According to the announcement, the State Migrant Control Room, Chaibasa, and the Safe and Responsible Migration Center all collaborated to ensure the women’s safe return.

Six women from the Sonua block in Chaibasa have safely returned from Tamil Nadu thanks to state government assistance. These girls were all employed by Bannari Spinning Mills Limited in Tamil Nadu. Additionally, a total of Rs 36,000 was provided towards their compensation, according to the statement.

Six migrant labourers from Jharkhand were freed earlier this year from captivity at a clothing factory in Karnataka, and five more employees from Hospet in the southern state were also freed.

Additionally, in January of this year, 16 migrant workers from Jharkhand who were allegedly being held captive on an island in Andhra Pradesh for fish farming were freed.

Prior to this, the state government had rescued 32 migrant labourers and their five children from Kerala, where they had been made to labour on a tea estate under difficult conditions. The migrants were from the Santhal Parganas region.

In another instance, the Jharkhand government took back tribal migrant workers and their kids who had been forced to live as bonded labourers at a brick factory in Uttar Pradesh.

Apart from this, a couple of months back, around 30 migrant workers were rescued from Sri Lanka, where they went to work in some factories. Their passports were also returned to them.