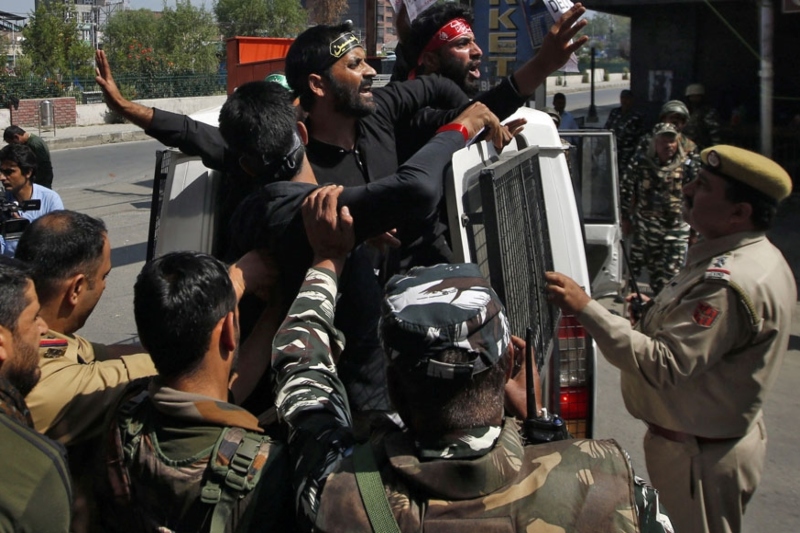 India – Sitting at a construction site for house making the mortar, Dheeraj Kumar watches suspiciously at every stranger who approaches. “I know, they (the militants) are targeting people from outside Kashmir. But what else can we do?” says Kumar, who is from Bagaha in Bihar and is working as a construction worker in Pruchoo village of Pulwama, India. “We will die either way. If I don’t work here, what do I feed my family back home? I am just taking precautions and hope nothing happens.”

Several migrant workers have been targeted and left injured in Kashmir by militants over past 20 days in southern district of Pulwama. While investigations are under process, a little progress has been made in solving the mystery of attackers. Amid this uncertainty and fear of unknown, many migrant workers are leaving the region and heading towards their home towns or other parts of the Valley.

Similar attacks had been carried out five months earlier against non-locals that killed five people. But this time the militants are not looking for a head count, but are rather aiming for their limbs and debilitate the workers. But this is not really a relief for these workers who need their limbs to earn a living as a wage worker.

A senior police officer said, “Currently there would be around 6,000-6,500 migrant workers in Pulwama. It is just the beginning of the (work) season (with summer making temperatures manageable for the migrants), but still the numbers are far less. In a normal season, we would have around 20,000-30,000 migrant workers at this time.”

An official estimate suggests that each year around 3 lakh migrant workers come to Kashmir for work, hailing primarily from Bihar, Uttar Pradesh, Jharkhand and Punjab. The workers who usually come during the warmer months are employed in the construction sector.

Police is confident that main aim to target migrant workers is to create chaos in the region. “It seems, their aim is to disturb peace and create fear,” said an officer. No militant group has yet claimed responsibility for attacks on workers. “What we know from previous experience is that these are most likely individuals directly run by their handlers. They are unaware of each other and don’t follow a strict command structure,” the police officer said.