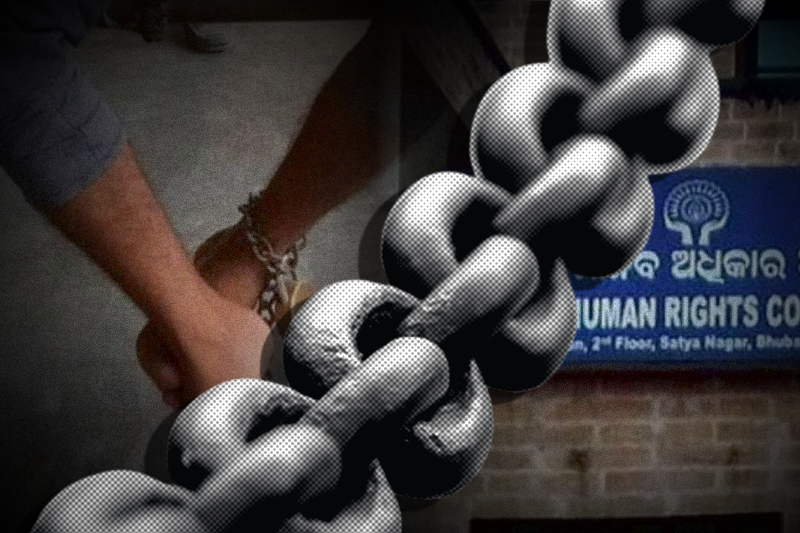 India – A journalist was allegedly chained to a hospital bed by a police officer in Balasore, Odisha, for reporting about a sugar smuggling case involving the local police.

The journalist was seen lying on the floor with his leg chained to the hospital bed. He was admitted there for treatment. After the incident, protests grew in many parts of the state. Consequently, the police official, PS Draupadi Das, was transferred to District Police Headquarters.

The suo motu cognisance allowed the court to take up the case without any petition being filed. The human rights body directed the inspector general of Balasore to submit a report on the matter within 15 days. Balasore superintendent of police Sudhansu Sekhar Mishra sought a report on this matter.

The journalist identified as Loknath Dalei was arrested by Nilagiri Police in Balasore. He is a reporter with Odia daily Sambad and the TV channel Kanak News.

He reportedly said the local police inspector held a grudge against him over reports of the administration’s failure to curb brown sugar smuggling in the state. Reportedly, the journalist was called for questioning in connection with a case of assaulting a home guard. He was reportedly beaten up by the police in charge when he arrived at the station. However, the journalist said that the home guard’s two-wheeler hit his motorcycle on Monday. So, he snatched the guard’s helmet and asked for damages before returning it.

Later on, inspector Draupadi Das and another policeman snatched his mobile phone. They told him that the guard had registered a case against him. He said, “I passed out and was sent to the hospital.” Reportedly, he found himself on the floor of the hospital with his left leg chained on Thursday.