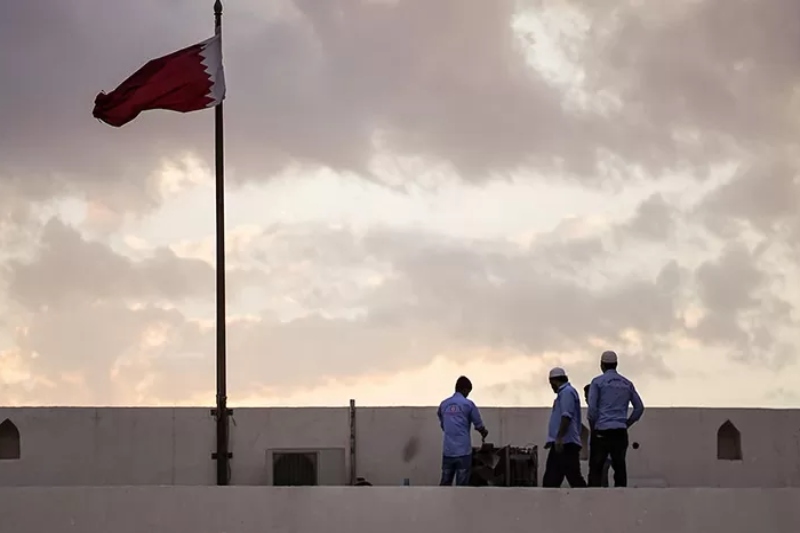 Qatar – Earlier it was labourers, now it is security guards in Qatar that have been reportedly been victims to forced labour. The UN labour agency has recently joined Amnesty International in calling on World Cup hosts Qatar to protect thousands of security guards who through an Amnesty report said, they were victims of “forced labour”.

In a shocking revelations guards posted on various spots around the World Cup venues, ministries and offices, according to a study undertaken by Amnesty International have had to work months, sometimes years, without a day off.

Apparently, Qatar that ignored previous calls by Human Rights organizations over the mistreatment of workers and migrants used towards the World Cup, only rose to the moment, when sportsmen across the world, decided to boycott the venue due to the human rights atrocities committed. The World Cup is slated to start on November 21. While Qatar has now insisted it has cracked down on hundreds of “unscrupulous” companies, abuses still take place.

Most security guards are coming from Africa and Asia. They continued to be poorly paid across the tiny emirate whose energy wealth has fueled a construction boom. Thousands more are being taken on for the World Cup.

Those who opted to take a day off, had their wages deducted. Some have had no leaves in three years. Some have complaint of fainting in the sweltering heat of Qatar where summer temperatures go as high as 50 degrees Celsius. The treatment of African nationals is worst, with them being pushed even harder than others like Bangladeshis, Indian or Nepali migrant workers.

Following previous criticism, Qatar in 2017 introduced a minimum wage, cut the hours that can be worked in heat and ended part of a system which forced migrant workers to seek employers’ permission to change jobs or even leave the country.

But Amnesty said there is still a “massive power imbalance” between employers and migrant workers in Qatar, where trade unions are banned. “Qatar’s laws on working time for security guards are clear but are too often violated,” said Max Tunon, head of the UN’s International Labour Organization office in Doha. Overtime must be “voluntary, limited and paid at a higher rate” in line with the law, he added.