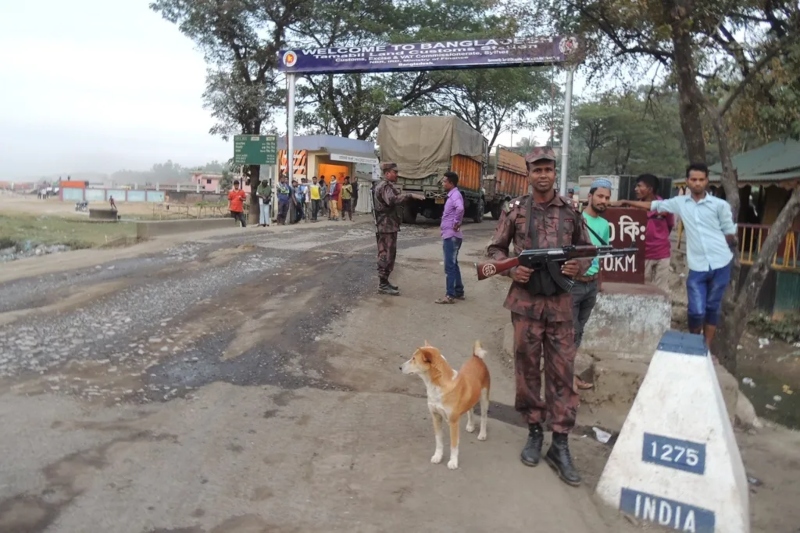 Bangladesh – Human trafficking has become rampant on the India-Bangladesh border; a difficult truth that surfaced only recently in great detail post the Jahangirpuri riots. A Bangladeshi angle has surfaced in the riots that took place in India at the eve of Hanuman Jayanti.

What has also surfaced is people who are being used to cross border illegally, are victimized into carrying money across, smuggling narcotics, and securing fake Indian ids too. Apparently, human traffickers are working actively on both sides of the border. Many are coming through West Bengal due to weak international security on the borders and are willing to carrying anything across for a sum of Rs. 15000 only. One such human trafficker has spoken to a leading media daily in India. Banka, who operates Sabhar Enterprise money-changing facility at the Petrapole integrated check post, about 80 km from Kolkata, solicits Rs 15,000 per head to facilitate illegal migration into India.

A comfortable number of three to four people are being smuggled across the border per week. The operation, Banka said, takes place after it gets dark along routes like Maslandapur, Hanskhali, and Bangaon in West Bengal.

“It costs Rs 15,000 (per head). We have people over there. I will talk over the phone. Does your man have a Bangla (Bangladeshi) number?” he asked India Today’s undercover reporter. “Give that number to us, I will make him understand. They can come from that side, from the Maslandapur side and from the Hanskhali side as well. They will come from the line where the condition is good.”

Just 50 meters from the border, another money changer, Madhab Saha, guaranteed smuggling of Bangladeshi migrants if paid Rs 18,000 per person. There is full-fledged network of illegal document providers, human traffickers and those to receive these smuggled humans on the India side too. touts offering package deals on Indian identity documents obtained fraudulently for illegal migrants from Bangladesh. They claimed the IDs they provided were genuine.