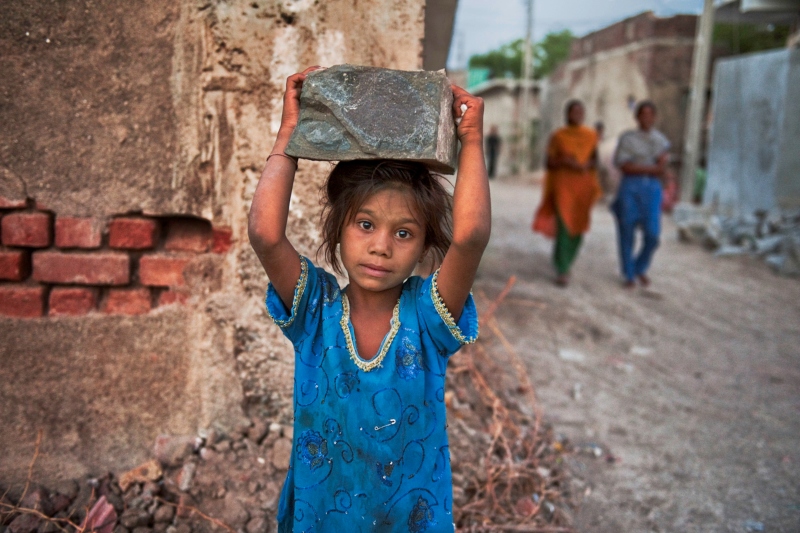 India – Two men have been sentenced to 14 years of rigorous imprisonment (RI) for trafficking minors and forcing them into child labour by a POCSO (Protection of Children from Sexual Offences) court.

According to the court’s order, a fine of Rs 5.64 lakh was also imposed on each of the convicts. The court’s order was received on Tuesday. While pronouncing the court’s order last week, special judge Tara Agarwal observed that the convicts had violated the rights of the children. The two men, identified as Mohammed Qudus and Mohammed Yunus, forced children to work. Two others, identified as Mohammed Shamshad and Hasmul Miyan, were also accused in the case. According to PTI, Shamshad died during the trial of the case while Miyan was acquitted.

In 2018, activists of Nobel Laureate Kailash Satyarthi’s Bachpan Bachao Andolan (BBA) along with the Rajasthan police and Anti-Human Trafficking Unit had conducted a raid at a house in Shastri Nagar. They rescued 33 minor children from forced labour.

The rescued children were trafficked from Bihar and were forced to work from 8 a.m. in the morning to 12 a.m. at night without any wages. They were given little food and water. They were also not allowed to step out of the house. When the children resisted work, they were threatened with dire consequences.

Subsequently, Police registered an FIR (First Information Report) against the four accused under various sections of the IPC (Indian Penal Code) including the Juvenile Justice Act and Child Labour Act.

Bachpan Bachao Andolan Director Manish Sharma demanded strict punishment against the accused. He said, “We hope that the union government passes the anti-trafficking bill in the upcoming session of the Parliament.”

Child labour is still prevalent in many parts of India. A large number of child labourers work in harsh conditions for a meagre wage in India.