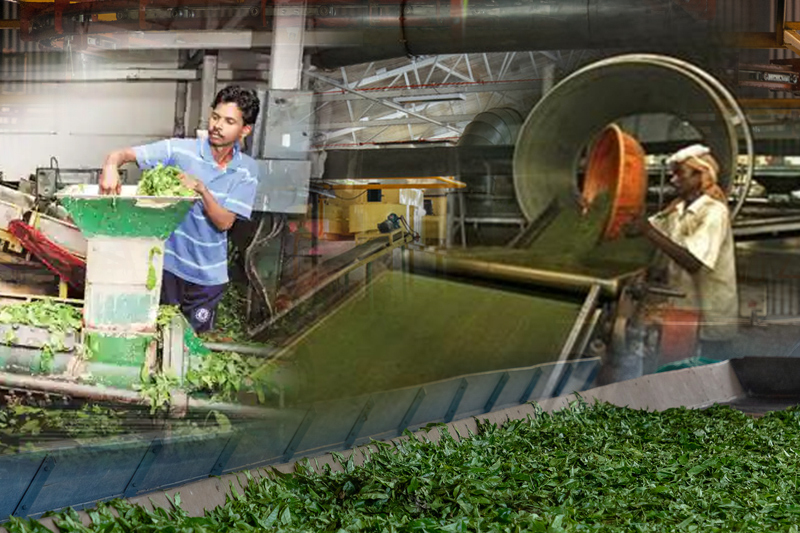 India – A recent grueling accident involving a tea plantation worker in Assam has exposed the ugly truth about the working conditions of these labors. 24 year old Moina Nayak suffered a “near fatal accident” while working at a machine in a Dibrugarh’s tea factory.

“When I saw her, I almost lost hope,” said Tulsi Nayak, recalling the grueling condition of his sister Moina. “She was senseless and there was no hair or skin on her head.” Moina, who works at a tea factory at Dibrugarh’s Lepetkata Tea Estate, which is owned by Luxmi Tea Company Private Ltd., is now battling for her life at Guwahati Medical College and Hospital.

On July 19 at around 8:30 am, Moina was sweeping the floor when her hair was caught in a CTC machine – which crushes, tears and curls tea leaves. The machine then ripped off the hair and skin from Moina’s scalp.

The sorry state at the tea plantations

Like Moina, thousands of tea workers in Assam’s tea plantation industry are working under extremely dangerous conditions, where they are not provided with any safety gear like helmet, making them vulnerable to fatal and life threatening accidents.

But with help from employers, the workers feel indebted and choose not to file complaint against them. Moina’s family too did not file any complaint against the employers. “What is the point of a police case,” Tulsi said, “since they [the estate] are taking care of all treatment-related expenses?”

Tulsi said he heard about the accident through a cousin. “I was cooking food when my cousin informed me that my sister met with an accident at the factory,” he said. “I rushed to the spot.”

Moina was first taken to Assam Medical College in Dibrugarh. “We were told the surgery doctor was on leave and would only be available after July 30,” said Tulsi. “Then they referred us to Guwahati Medical College and Hospital.” Moina was then admitted to GMCH and is presently in the intensive care unit.

Laws are at place, but are not implemented. “As per protocol, workers must be provided with safety gear like aprons, helmets, etc while working on these CTC machines. But no factory does so,” said Shyamol Saikia, who works at a tea factory in Jorhat. “They provide [gear] only when they get prior information about a labour inspector’s visit.”