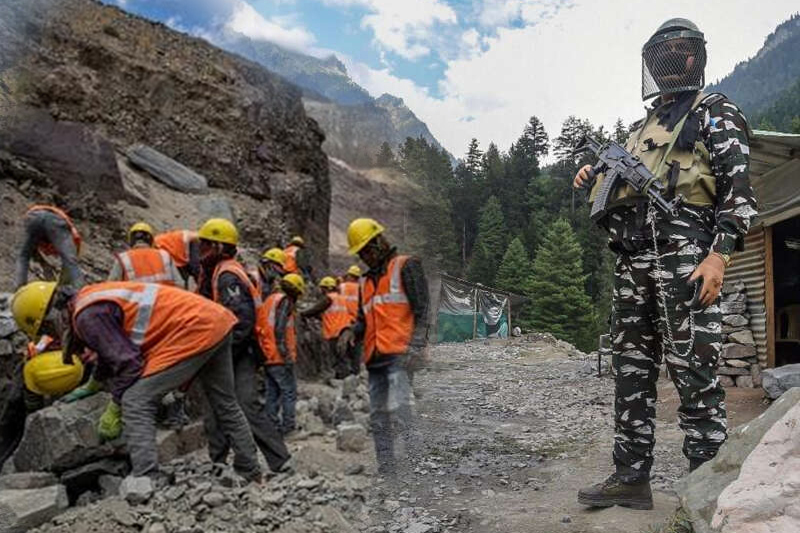 China – Arunachal Pradesh’s remote Kurung Kumey district, not far from the Line of Actual Control (LAC) with China, has begun a search operation to identify a group of 19 road construction workers who went missing from a border road building site in Damin circle two weeks ago. From the state capital Itanagar, the location is around 300 kilometers away.

Unverified stories claim that a dead laborer’s body was found in the Kumey River. According to officials, teams have been dispatched to investigate the accuracy of this report.

According to police sources, the missing report was turned in at the neighborhood police station on July 13.

“We can confirm that 19 construction employees who departed the site, as reported in the missing report submitted last Friday, have not yet been located.” We have sent out senior officials and a police party to confirm a social media post that claims to have observed a dead corpse in the river area. Our search efforts are underway in a remote area with mountainous terrain and a dense rainforest. “The border route that is currently being built connects the Damin Circle headquarters to the far-flung border villages, and it is a vital strategic road,” Nighee Bengia, the deputy commissioner of the Kurung Kumey district, spoke with NDTV over the phone from the district office in Koloriang.

According to officials, Damin, the final administrative circle in the region, is around 80 kilometers from the LAC with China.

According to the police, they have filed another complaint against the subcontractor from Lakhimpur in Assam who is accused of transporting those migrant workers from Assam.

According to local police officials, the families of the seven individuals reported them missing in June in Bilasipara, Assam. Rejaul Karim is claimed to have abducted the seven laborers and promised to find them jobs in Itanagar. They haven’t spoken to their family since they were seized from Kokrajhar on May 30, 2022.

According to additional sources, it is thought that the 19 laborers are from the Assamese border towns of Kokrajhar and Dhubri.