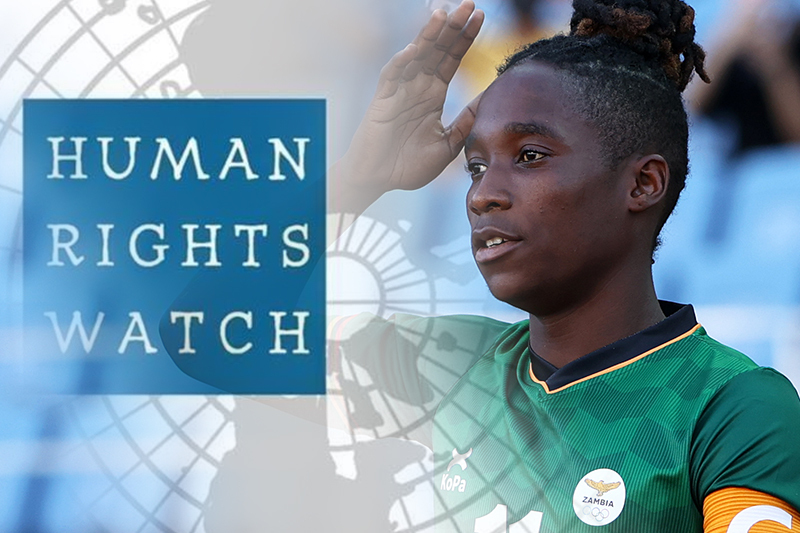 Human Rights Watch, a non-governmental organization, has defended Zambian striker Barbra Banda after she was refused the opportunity to compete in the 2022 Women’s Africa Cup of Nations in Morocco. The 22-year-old was disqualified from competing after failing FIFA’s requirements for gender eligibility.

Banda’s rights allegedly were infringed, and FIFA’s guidelines allowing for such testing have been criticized by Human Rights Watch.

“Football authorities blindsided Barbra Banda, a top player on the Zambian women’s team, when they announced she was ineligible for competition in the Women’s Africa Cup of Nations last week after a “gender verification procedure” that found her testosterone levels were “too high” to compete as a woman,” according to a statement from the New York-based organization.

Because they are stigmatizing, stereotypical, and discriminating, such sex testing practices constitute egregious human rights abuses. FIFA’s regulation specifies that any football association or medical officer is permitted to ask a player to undertake an involuntary “gender verification procedure” if they have a suspicion about her sex, which goes against the organization’s obligations to uphold human rights.

Human Rights Watch asserts that present FIFA rules are discriminatory, but it also notes that new, more restrictive rules were put in place even after these practices were criticized.

The statement said, “The discriminatory and antiquated FIFA policy has been in existence since 2011”.

“This injury has happened before, and athletes have successfully retaliated. The Athletics Federation of India disqualified one of their female runners from the competition in 2014 after exposing her for having high testosterone levels” The global sex testing rules for female runners were eliminated after that athlete, Dutee Chand, took her case to the Court of Arbitration for Sport. Unfortunately, 2018 saw the introduction of new, more restrictive restrictions.

The renowned South African runner Caster Semenya, who has been declared unable to compete, is currently contesting the rules of the 2018 World Athletics in the European Court of Human Rights.

The human rights organisation has since confirmed that Banda’s rights were infringed and has urged FIFA to change its rules.

“Her medical information has now been disclosed, regardless of who performed the sex test on Banda, a blatant infringement of her right to privacy,” it said.

“For Fifa to fulfil its obligations under international human rights law, it must reverse direction, modify its position, and steadfastly support both established and aspiring female athletes.”