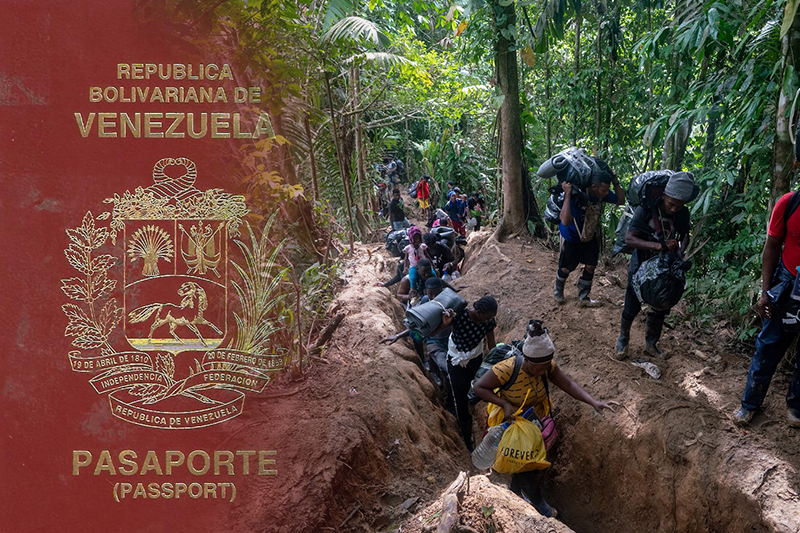 Venezuela – Human Rights Watch warned today that new visa restrictions by several American nations have resulted in a major rise in the number of Venezuelans crossing the Darien Gap, a perilous rainforest area on the Colombia-Panama border where they are subject to appalling abuses.

Over the past year, the number of Venezuelans entering North America through the Darien Gap has increased dramatically as a result of countries enacting visa requirements that make it more challenging for Venezuelans to fly to Mexico and Central America.

With more than a third of all migrants crossing in 2022, Venezuelans have surpassed Cubans and Haitians as the largest national group doing so. Migrants of all nationalities frequently become victims of robbery and severe maltreatment, including rape, during their days-long hike over the gap. Additionally, they deal with hazardous environmental situations like wild animals and raging rivers.

At the Summit of the Americas in Los Angeles on June 10, 2022, 20 nations, including the United States, Mexico, Costa Rica, Panama, and Honduras, signed the Los Angeles Declaration on Migration and Protection. The declaration, which was pushed by US Vice President Joe Biden, includes vows to improve and broaden the channels through which individuals can migrate lawfully and safely and apply for asylum, as well as to pursue responsibility for those who mistreat migrants.

Human Rights Watch visited Necocl, Colombia; Metet, Canaán Membrillo; and David, Panama, in April and May to record abuses against migrants and asylum seekers of all nationalities traveling across the Darien Gap and to evaluate the government’s systems for ensuring their protection and access to justice. In addition to relief workers and Panamanian government officials like Attorney General Javier Caraballo, Deputy Health Minister Ivette Berro, and Deputy Foreign Minister Marta Elida Gordón, Human Rights Watch spoke with over 100 migrants and asylum seekers, including numerous Venezuelans.

The majority of migrants who attempt the perilous crossing of the Darien Gap do so because they lack the necessary credentials to fly north. Haitians and Cubans have long made up the majority. Mexico, Costa Rica, Honduras, and Belize have introduced additional visa requirements since January 2022 for nationals of nations whose residents have been flooding the southern border of the United States in greater numbers, especially Venezuelans. Many Venezuelans claim they are passing via the Darien Gap because they are unable to use other, more secure routes to seek refuge in the United States due to the visa requirements.