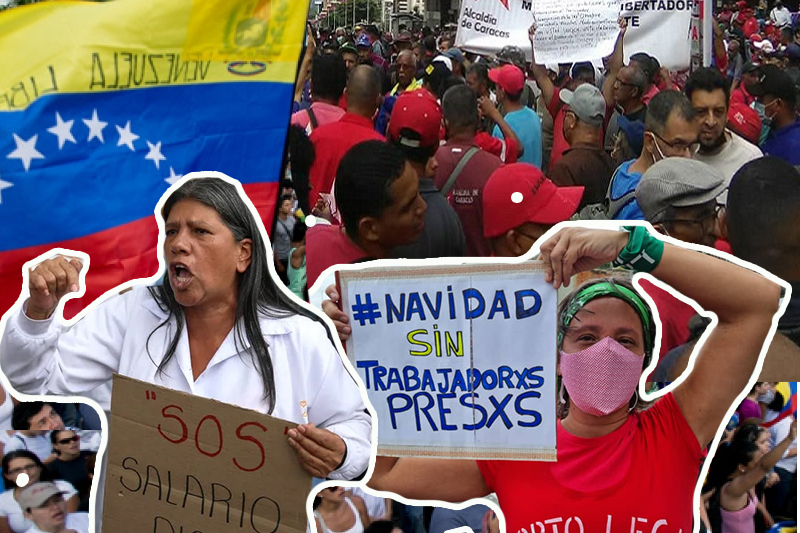 Venezuela – Workers are not happy in Venezuela and this has become evident as they took to the streets protesting about bad pay and lack of redressal to their rights. The protest march has been organized to protest more against a new directive by the country’s National Budget Office (ONAPRE).

The new directive has actually overridden a number of collective bargaining rights, including 50 percent cuts to wage bonuses for experience or education level, and flattens salary scales. The measure has been likened to the 2018 Memorandum 2792.

Several such protests have been staged across the country, all protesting against the withdrawal of the ONAPRE changes. A letter to the tune of the same was delivered to the Labour Ministry where a formal statement was made by the National Union Coalition, “We are delivering a document undersigned by a number of labor organizations calling for the removal of this instrument that disrespects all collective bargaining agreements. We are outraged about these salary cuts.”

There have been unconstitutional cuts in wages and benefit cutbacks. Those supporting the workers’ rally included public sector pensioners, nurses, teachers and university workers. Another union that took part in the march represented workers from SUPRA, the waste management company in Caracas.

The SUPRA union has staged a number of protests in recent weeks and temporarily occupied the municipal company’s headquarters on the outskirts of Caracas. Worker spokespeople accuse the SUPRA board of not fulfilling agreements and reject a proposed salary reduction.

According to analysis done by worker support groups, the ONAPRE plans are “a dreadful policy” that places workers in “terrible conditions,” forcing them to pick up second jobs or leave the public sector altogether.