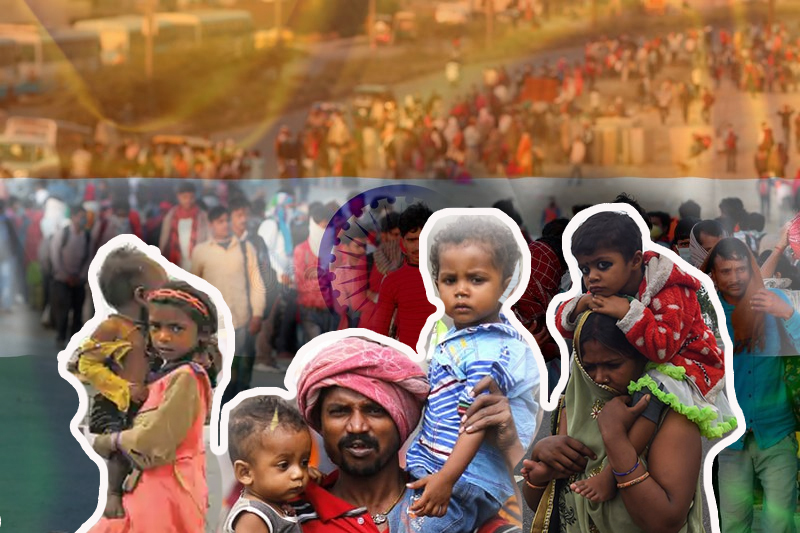 The All India Survey of Migrant Workers was initiated by the Labour Bureau of the Ministry of Labour and Employment in 2020–21, but the data and report have not yet been made public.

The Azim Premji University and other private institutions have undertaken surveys on migration and lockdown. Prior to the current survey, very little recent official data on migration, migrant workers, and reverse migrant workers was available.

If a person stays at various locations for at least six months, they are eligible for many UPRs throughout their lifetime.

Additionally, classification of migrants according to gender and educational attainment yields intriguing findings. Male migration is substantially lower (18.8%) than female migration (81.1%), with “marriage” being the primary factor.

The highest percentage of migrants across all educational levels was found to be illiterates (33%) followed by primary educated (19%), secondary and senior secondary (18%), middle (17%), and graduate and above (11%) populations, indicating that migration was more common among the illiterate and less educated, as is expected.

When the first-ever lockdown was implemented on March 24, 2020, to contain the Covid-19 outbreak, a sizable number of migrants endured a terrifying period.

Migrant workers were among the most at risk for malnutrition and unemployment among the population that were already at risk.

They experienced financial hardships and psychological trauma while stranded in other States and major cities without employment or money. In the absence of official statistics, much has been stated about the misery of migrants and reverse migration as a result of lockdown.

This PLFS data, which was gathered between July 2020 and June 2021, provides important statistics on the effects of lockdown on migrants using a cut-off point of “March 2020”. According to the data, 3.14 percent of all migrants in India (or 28.9 percent of the population) left after “March 2020.” The unit level statistics of PLFS also revealed that during 2020–21, the proportion of “reverse migrants” or returned migrants was predicted to be 11.1% of all migrants.

The returning migrants are people who relocated from their most recent UPR to their prior UPR (where they had previously resided). However, beyond the cutoff date of March 2020, this reverse migration was shown to be as high as 53%.

On the other hand, the urban economy is struggling with a lack of trained and unskilled labor, particularly in the secondary sector; this could have an impact on industrial production.

Husain is an assistant professor of economics at Galgotias University, while Shrivastav is an assistant director at the National Institute of Labour Economics Research & Development (under NITI Aayog). Views stated here are your own.