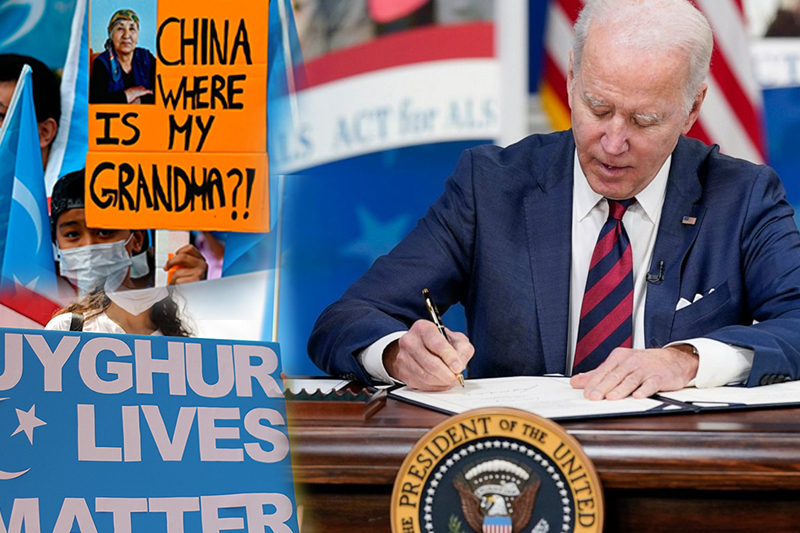 China – The president’s desire to phase out fossil fuels conflicts with his goals for China’s human rights. In order to “ensure that items created with forced labor in the Xinjiang Uyghur Autonomous Region of the People’s Republic of China do not enter the United States market,” the U.S. began enforcing the Uyghur Forced Labor Prevention Act last month. US president Joe Biden vigorously promoted this law, which he later signed in December.

However, the administration is just as dedicated to using solar power, batteries, and electric vehicles to fulfill its Glasgow Climate Pact obligations. These climate change promises rely on Chinese child and forced labor for the technologies that support them.

The only technology that allows for early, widespread electrification of transportation is the lithium-based battery. To produce this good, China has vertically integrated its supply chain. To generate lithium, which it processes to make batteries, China has purchased mining properties throughout the world. After purchasing mines in the Democratic Republic of the Congo, which generates 60% of the world’s supply of cobalt, China also rose to prominence as a producer of the metal. An essential component of lithium battery anodes is cobalt, and the country’s cobalt mining sector is renowned for employing child labor.

This strategy of vertical integration is consistent with China’s ambitions to control the world market for electric vehicles. As part of the “Made in China 2025” agenda, this objective was set by the 19th National Congress of the Chinese Communist Party in 2017.

To achieve their statutory and regulatory needs to make such automobiles, conventional automobile manufacturers will mostly rely on China as a source of batteries and related electric vehicle equipment. By 2030, Mr. Biden wants half of all new cars sold in America to be electric. The industry will have little time to switch to alternative suppliers or technologies as a result of this hastened deadline, thus tying the United States to Chinese technology for years.

Federal, state, and local governments must also provide significant subsidies to lower the rising cost of electric vehicles so that they can be widely used by 2030. Due to the infancy of the electric vehicle industry, it has been difficult to make a reliable estimate of the effects on employment in the auto industry in the United States. But the European Association of Automobile Suppliers predicted in 2021 that there would be a net loss of 500,000 jobs in the sector by 2035 in Europe, where the connection of the automotive industry to China is far more widespread and developed.

China is the industry leader in solar power as well. Polysilicon, a highly purified polycrystalline type of silicon, is the essential component for solar panels. To make enhanced metallurgical-grade silicon appropriate for solar panels, manufacturers use an energy-intensive metallurgical process rather than a chemical one. About 90% of the polysilicon in the world is produced in China.

China has dramatically reduced the cost of solar panels through economies of scale, the utilization of coal-fired electricity plants in western China to create metallurgical-grade silicon, and forced labor. The Biden administration is expected to remove tariffs on Chinese solar panels for two years in an effort to hasten consumer adoption, even though this will have the unintended side effect of hurting the domestic solar panel business.