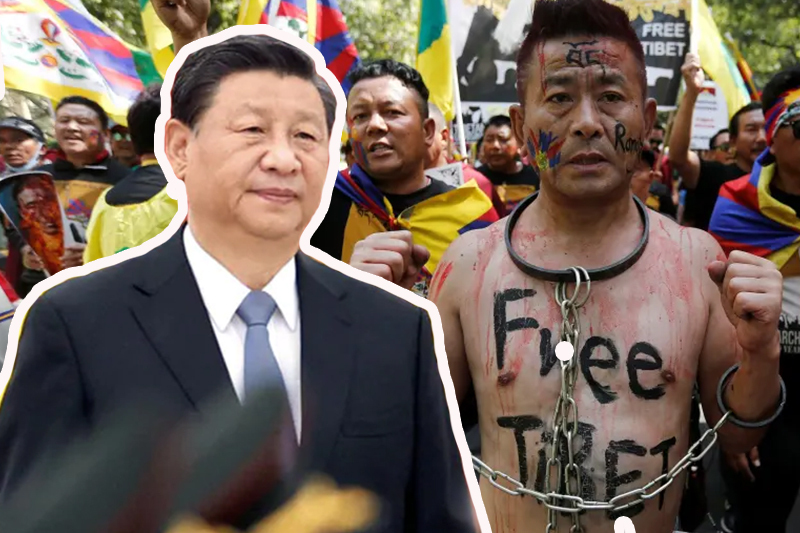 China – is in poor condition and there are numerous possible causes for this. Economic and demographic factors are, of course, the first, to name a couple: The one-child policy has been in place for too long, the population is aging, there is fewer employment, business bankruptcies are on the rise, Hong Kong continues to be under siege, Taiwan is obsessed with being “retaken” and crime and unrest are on the rise.

Some analysts have suggested that the recent COVID-19 lockdowns in Beijing, Shanghai, and other cities were more about quelling social discontent than eradicating the virus. It is true that the Middle Kingdom’s future is not promising.

Worrisomely, the situation in the so-called “minority” regions, such as Xinjiang, Tibet, and Inner Mongolia, has never been more tense. However, in most cases, the state’s monopoly on information prevents accurate information from leaking outside.

Though the situation in Tibet is gravely severe, there hasn’t been much media attention recently.

Recently, information regarding China’s seventh census (since 1949) was made public. The poll, which was conducted in 2020, has now been fully made available for study, according to the website Six Tone: “We can start to delve into specifics on gender, age, ethnicity, work, housing, household, and migration. This data has a lot to be explored, according to Six Tone.”

According to the depressing news, “about 28% of Tibetans over the age of 15 are deemed illiterate, at least in Chinese.” China does not assess literacy in other languages and defines literacy as knowledge of 1,500 or 2,000 Chinese characters for rural people and urban people, respectively.

The widespread relocating of farmers and herders is one of the most concerning projects going on on the Roof of the World. The Lhasa administration declared on June 29 that the second phase of relocation to a colony in Lhoka (Southern Tibet) had begun on June 25.

Only in 2022 is the relocation of 58 administrative villages from 12 townships in the Tsonyi, Amdo, and Nima counties of Nagchu Prefecture planned. This means that 26,304 people from 6,306 households will be relocated to Southern Tibet under the pretext that Nagchu is “too high an altitude”, despite the fact that the Tibetan people have lived in these altitudes for centuries.

While Xi Jinping preaches and advocates for human rights to the rest of the world, the situation for human rights has continuously gotten worse in Tibet, where the Communist Party uses an Orwellian system to monitor every aspect of every person’s life.

An “important” piece by Xi Jinping titled “Steadfastly Following the Road of Human Rights Development in China and Better Promoting the Cause of Human Rights in China” was published in the Seeking Truth magazine on June 16.

Xi emphasized that protecting human life, valuing it, and treating each person with dignity while upholding their rights is a shared goal of human society.