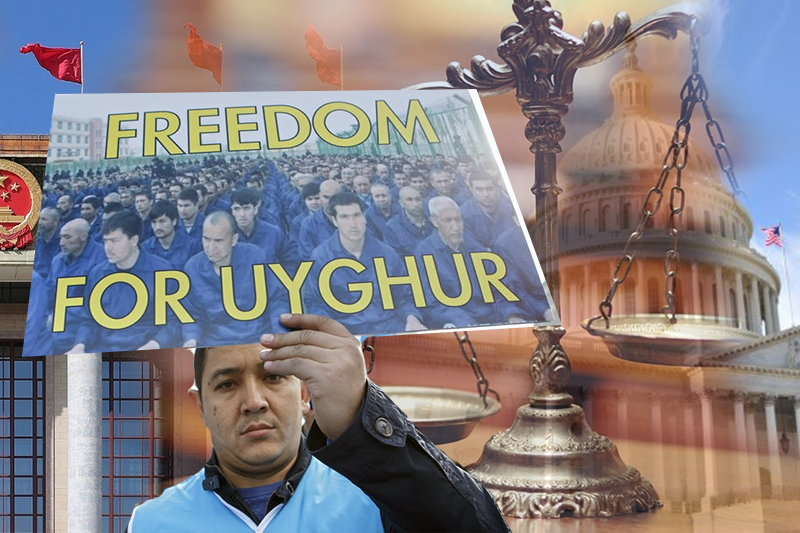 how effective is the uyghur forced labor prevention act

China – The Uyghur Forced Labor Prevention Act (UFLPA) has put Washington and Beijing on a collision course by attacking the root of slavery in northwest China. At the same time, the legislation is riddled with gaps and ambiguities that, if not addressed, might make it useless.

The law, which took effect in the US on June 21, assumes that, unless otherwise demonstrated, all products from Xinjiang have been polluted by forced labor. Importers are required to unequivocally certify that their supply chains are clean. The new rule might have an effect on one million enterprises worldwide that acquire and sell common goods, and there are thousands of significant industries that are involved.

The U.S. Department of Homeland Security launched its ambitious mission to “end the abhorrent practice of forced labor around the globe,” with particular reference to Xinjiang and its cotton, clothing, tomato, and polysilicon industries. As a result, businesses across the board have been thrust into a minefield of fine print.

It promises to be a Herculean task to root out the offenders and their shady supply chains while supporting legal transactions. The issues that will need to be thoroughly probed by an enlarged border force that is expected to grow as the effort gets underway include DNA traceability testing; looking into the origins of raw materials; analyzing several sub-assembly procedures; and figuring out the amount of outsourcing.

But without the assistance of the democratic world, the new measures are useless. If Canada, Europe, and other procurement-related nations refuse to play their fair share, then commodities will just be rerouted, and the new rules won’t make much of a difference in the real world.

At the same time, Jewher Ilham, the imprisoned Uyghur academic Ilham Tohti’s daughter, pleaded with European businesses not to act as a “dumping ground” for Uyghur forced labor at the same side event. Her father was given a life sentence for separatism in 2014. She emphasized that there is “clear and convincing evidence” of slavery and urged complete supply chain transparency as well as the courage to hold authorities and businesses responsible.

But Sarah Teich, a Canadian international human rights lawyer who has warned of the risk of goods banned in the United States simply rerouting via Canada, which has a free trade agreement with Washington, noted that Canada, still holding out on a Xinjiang-specific trade act, could make or break the UFLPA, at least in the early stages. Teich highlighted that there was a shortage of capacity for checking since only one product from Canada was turned away from U.S. borders last year, compared to 1,400 from the United States. Canada will be a crucial ally in guaranteeing the law’s efficacy.

Even if it has given its full support to prohibiting goods made with forced labor from entering its market, the European Parliament still needs to go through the European Commission’s red tape, and a specific Uyghur act has not yet been proposed.

The UFLPA, the most recent in a line of U.S. initiatives to eliminate forced labor in its supply chains, goes further than the 1930 Tariff Act in outlawing the import of goods tainted by slavery and fulfills the U.S. commitment to ban the import of goods made using forced labor by 2020. The act focuses on the well-documented injustices being meted out to the Turkic peoples in the Uyghur heartland by especially targeting products coming from China’s Xinjiang Uyghur Autonomous Region, where violations of good labor practice are rampant.

As part of Beijing’s Xinjiang policies, hundreds of thousands of Uyghurs are forced into factories and other forms of forced labor across China to produce things for Western brands under the pretense of eradicating poverty and resettling so-called “surplus labor” from ethnic minorities. U.S. Customs and Border Protection (CBP) claims that the UFLPA’s primary goal is to assume that “any goods, wares, articles, and merchandise mined, produced, or manufactured wholly or in part” in Xinjiang were produced using forced labor and “that such goods, wares, articles, and merchandise are not entitled to entry to the United States.”

According to data analysis company Kharon, Xinjiang serves as a major center for the supply of raw materials to the global market. As a result, Uyghur forced labor is inextricably linked to many different sectors. Xinjiang accounts for 20% of the world’s cotton production, 40% of the polysilicon used in solar panels, and 13% of the world’s wind turbine output. The area is also the source of 25% of the world’s tomato paste, 11% of its walnuts, and 10% of its rayon.

Although the facts are undeniable and Beijing’s human rights atrocities must stop, putting the legislation into effect would be a huge undertaking that might seriously disrupt global supply lines in addition to U.S. imports. According to Michael Sobolik, a fellow at the American Foreign Policy Council, the measure was passed despite internal disagreement and criticism. Sobolik claimed that the UFLPA’s opponents “cared more about climate than human rights” and that they had “just skated past the U.S. parliamentary morass.”