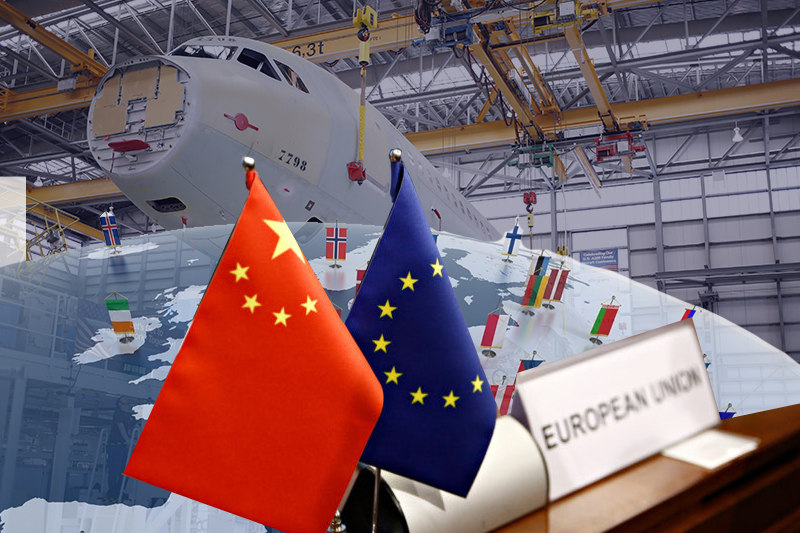 China – West-wide interest has been sparked by the revelation of a sizable 292 jet order from European aircraft manufacturer Airbus by three big Chinese airlines. The $37 billion contract, one of the largest for Airbus, is not only significant for the firm but also, as Reuters put it, “a breakthrough for Europe“ given how badly the COVID-19 pandemic has affected the global aviation sector and how the European economy is still struggling with rising prices.

The fair and advantageous agreement shows that China and the EU have a strong foundation and promising future in their aviation cooperation. Trade and industrial investment are involved in aviation cooperation. Additionally, there is a thorough and organized collaboration in the scientific and technological fields.

In fact, collaboration between China and the EU in a number of areas should reinforce one another. Deepening economic and trade cooperation should be supported by positive diplomatic relations. The worsening of political divisions should be halted by improved economic and trade cooperation. The European side must weigh all options when managing relations with China and cannot allow the concept of a zero-sum game to impede economic, commercial, and other forms of cooperation.

However, there have been some modifications to Europe’s relations with China since 2016. The US has been urging Europe to work with it to restrain China. The US continues to inculcate unfavourable perceptions of China in Europe out of its own geopolitical objectives.

In addition, as populism spreads throughout Europe, China becomes a target as internal conflicts are projected outside. In this situation, several European politicians have made some compromises with the US or internal political goals to some extent sacrifice economic and trade cooperation with China.

The European side has grown more resistant in recent years to putting aside differences and instead uses some issues to obstruct actual economic cooperation. For instance, some politicians started to raise the bar for what is referred to as human rights. The US is now being followed by certain voices in Europe who are promoting economic decoupling from China, highlighting over-reliance on the Chinese market, and raising other concerns.

The Airbus purchase demonstrates that the debate over decoupling, or refusing to acknowledge China’s economic and trade reliance, is a fantasy that defies market and economic principles. Globalization produced the economic connection between the two sides, which is still essential today. The lack of support for the absurd decoupling voice is the reason why Europe shouldn’t dive into the hole that the US has built for it.

Europe will likely benefit most directly from China’s economy becoming more open. The economies of China and Europe have both now reached a very critical point, and collaboration needs to be strengthened even more. It’s time for Europe to consider how to enhance its approach to China.