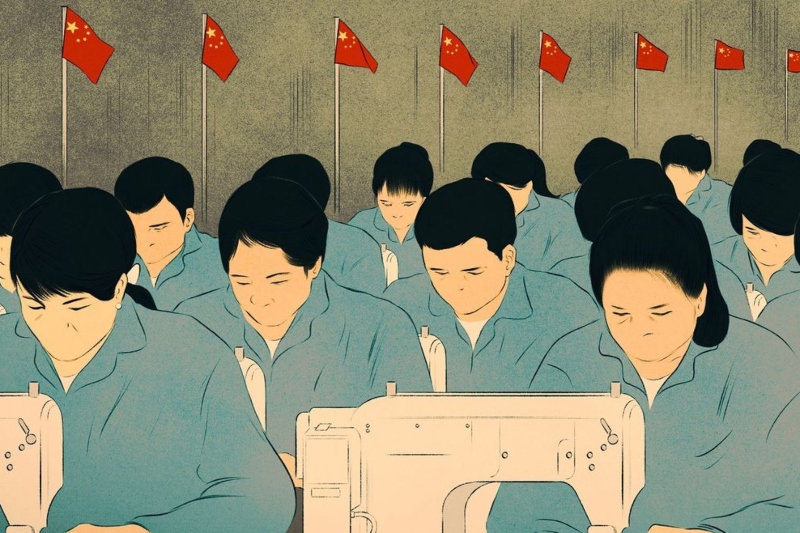 United States – The US started enforcing the ‘Uyghur Forced Labor Prevention Act’ (UFLPA) on Tuesday to stop imports from China’s Xinjiang region due to ‘forced labour’ concerns. The Chinese government denounced this as an attempt to ‘force unemployment’ and economic coercion.

The enforcement of the malicious law, according to analysts, is seen by the US as a practise run for future decoupling from China. As a result, global manufacturers and multinational corporations will find it challenging to comply with the law due to the US’s contribution to increased globalisation uncertainty and supply chain chaos.

US President Joe Biden signed the UFLPA into law after Congress enacted it in December 2021. It forbids Xinjiang-produced goods while defaming the Chinese government for its alleged “oppression” of the Uygur and other minority communities there.

Wang Wenbin, a spokesman for the foreign ministry, expressed China’s strong condemnation and opposition to the alleged forced labour act on Tuesday. He also noted that what China refers to as “forced labour” in Xinjiang is a major fabrication created by anti-China forces. According to him, the US is attempting to undermine human rights and international laws by pushing for decoupling from China globally and creating “forced unemployment” in China’s Xinjiang province.

Wang emphasised that China will take strong measures to firmly safeguard the legitimate rights and interests of Chinese companies and citizens and that the US’ implementation of the UFLPA to sanction entities and individuals in Xinjiang is China’s repression under the guise of human rights and a striking illustration of the US’ destruction of the stability of global supply chains.

The spokesperson for China’s Ministry of Commerce (MOFCOM), who opposed the UFLPA shortly after the spokesperson for the Foreign Ministry on Tuesday, claimed that the US had engaged in unilateralism, protectionism, and bullying in the name of human rights, seriously undermining market principles and violating WTO regulations.

The US is engaging in a common form of economic coercion. According to the MOFCOM spokesperson, it significantly jeopardises the critical interests of American and Chinese firms and consumers, and it does nothing to support the stability of global supply chains or the recovery of the global economy.

According to analysts, China has created a number of opportunities to ensure employment for members of all ethnic groups in the Xinjiang region and has assisted them in promoting vocational skills, looking for jobs both inside and outside the region, and generally benefiting from the country’s development.

Bring nothing but chaos

All products partially or entirely manufactured in the Xinjiang region are “tainted by forced labour,” according to the UFLPA, which establishes a “rebuttable presumption.” The focus of law enforcement is on clothing, cotton-related goods, tomatoes, and other Xinjiang-related products. Corporations must provide “clear and compelling proof” to demonstrate that imports from the region were not produced using forced labour.

The enormous domestic market of China and its requirements will help absorb the shock, therefore the UFLPA will only have a limited impact on Xinjiang. According to Wang Jiang, a distinguished research scholar at the Institute for Frontier Region of China at Zhejiang Normal University, the US and foreign corporations will be the ones to suffer the most.

To comply with the law, more businesses will have to perform reviews, which is challenging and expensive the longer and more globally connected a company’s supply chain is. The US importers would be most impacted given the US’s roles in international supply networks, according to Wang, who also noted that the nefarious law, which won’t safeguard Uygurs or human rights, will just cause chaos.

Prior to its implementation on Tuesday, the UFLPA did not explicitly state its standards. The US Customs and Border Protection’s Operational Guidance for Importers, which was published on June 13, simply establishes de facto norms for further legislation.