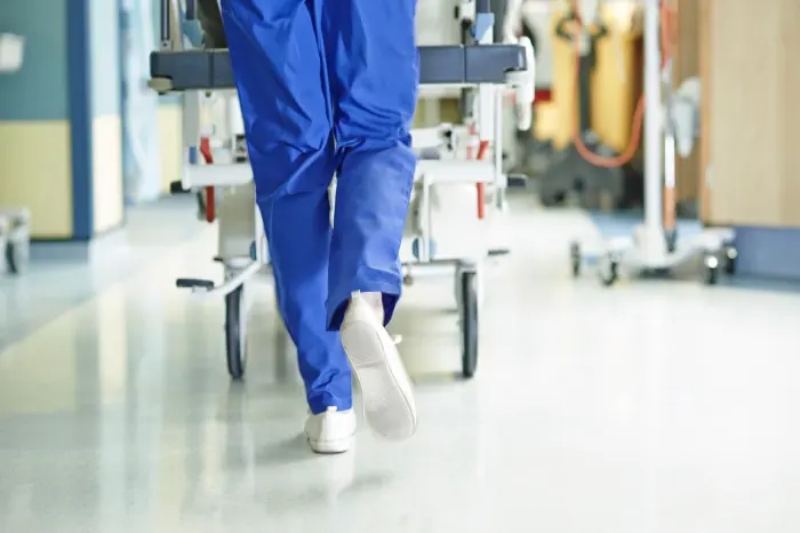 United Kingdom – Meera Stephen arrived in the UK with a big bag and even sillier aspirations. The 27-year-old, one of thousands of migrant workers who arrived as a result of a government recruiting campaign to cover more than 100,000 open positions in social care, had left Kerala in south India to work at a care facility in Manchester.

Just above minimum wage, the position would pay £10 per hour. However, there was a cost. She would pay a recruitment agent 1.3 million rupees, or roughly £13,700, in exchange for getting her a job.

Stephen, whose name has been changed to protect her identity, is one of the many migrant workers who are being charged to work in the care industry in Britain.

In the UK, it is against the law and violates international labour standards to require employees to pay recruiting fees in exchange for finding or attempting to find them employment.

Workers from nations such as India, the Philippines, Ghana, and Zimbabwe—many of whom arrived through a new care worker visa programme introduced in February—report being charged between £2,000 and £18,000 in unauthorised fees.

Since their visas are linked to their companies, the majority are unable to talk in public.

However, the practise is common, with dozens of agencies reportedly demanding the fees, according to testimony from 10 workers, interviews with charities and labour experts, and examination of payslips, contracts, and online chat groups for workers.

Through social media and word-of-mouth, the recruiters seek to target workers in lower-income nations, mainly in Asia and Africa, by promising them decent jobs or a “dream life” in the UK.

The official application fee for a visa is £247, and employers are expected to cover the costs of hiring new employees.

​The “service charge” to candidates for setting up a £10 per hour position would be 1.7 million rupees, or approximately £17,800, according to an exchange with an undercover reporter last week from an organization located in India that sends staff to care homes in Britain.

On the website of another company, it was stated that candidates would need to “pay an agency charge for getting you the position.” The UK-registered agency quoted £4,500 for a “placement package” that included “visa application support”—something that only lawyers and registered immigration advisers can legally charge for. This cost is typically covered by the employer.

For gaining a job as a healthcare assistant at a nursing home for senior patients in the south-east, a worker was asked to pay a £4,000 charge to a third agency, which we are not naming to protect the names of the victims.

The UK-based company explained that the fee—equivalent to more than two months’ worth of full pay—was required to “fund the expense of the processing of the certificate of sponsorship” in an offer letter to the employee that was seen by the Observer.

The costs are probably unlawful and fall within the ILO’s definition of prohibited fees, which includes “all costs incurred in the recruitment process to gain employment or placement, regardless of the manner, timing, or location of their imposition or collection.”

Because they were required to pay the fees, care workers are now enslaved in a type of debt bondage. Suspected victims claimed that agents had withheld their passports or residency permits until they paid the debt and had deducted money from their paychecks.

Meera Stephen claimed that in order to pay off her debt, she was had to work “day and night.” She borrowed money from friends before moving to the UK to pay for start-up charges, but she still owes them £3,700. She claims that until the fee is paid, the agent is keeping her biometric residency permit, which serves as verification of her immigration status.

Others allege that they were misinformed about their working conditions, received pay below the minimum wage, and endured harassment and threats.

A woman was once assured she would work in Birmingham but was instead transported to a remote area of Wales. That employer was a condition of her visa. “There is no bus or car. She is a resident of the house.”

To move here, they had to sell their property in India. Joe Joseph, a campaigner from Kerala who has tweeted about the recruitment charges on social media, said, “How will they return? Everyone is terrified. They will lose their jobs if they raise their voices.”

Some people may find it much tougher to leave their roles as a result of contracts that bind them to their positions. The repayment provisions are frequently employed by various NHS trusts as well as the commercial healthcare industry.

John Ncube, a Zimbabwean immigrant who moved to Britain earlier this year, claimed he had to borrow money from family members to pay a £2,000 “administrative charge” for getting a job that was deducted from his pay at the rate of £250 per month.

Despite working overtime, he has “nothing” left after paying for rent, utilities, food, and other costs, such as the cost of renting a corporate car. John, whose name has been altered to protect him, is unable to quit his job because of a condition requiring him to pay over £4,000 in repayment if he leaves within two years.

“It’s gloomy and annoying. You’re exerting a lot of effort despite being quite exhausted. It makes absolutely no sense,” he declared.

The findings come amid a deteriorating social care workforce crisis, with vacancy rates in England exceeding 10%, according to the charity Skills for Care, and raise urgent concerns about modern slavery in Britain.

The government lowered the conditions for care workers to immigrate to Britain as long as they are sponsored by an employer in February when it added them to the list of shortage occupations.