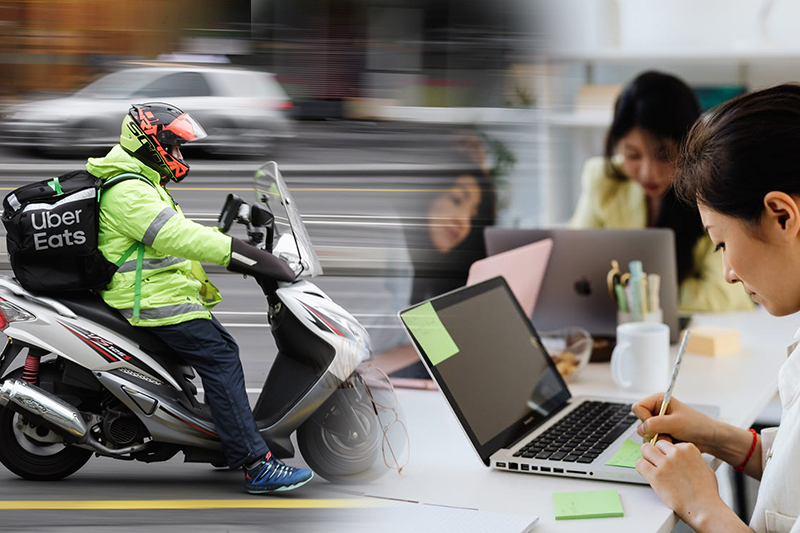 Europe – The European Commission suggested late last year to establish clear criteria regarding the employment status of gig workers, outlining when they should be full-timers and under what circumstances they should be considered independent. Elisabetta Gualmini, a Social Democrat MEP who served as the report’s author when the European Parliament took up the issue, produced a study that would almost always make them full-time employees.

But a legislative coalition appears to violate these strict regulations. In the parliamentary committee in charge of the law, center- and conservative-leaning MEPs have retaliated with a torrent of changes. Most attempt to establish a few distinct circumstances that need categorization as a full-timer. Workers may continue to be independent under other circumstances.

Miriam Lexmann, a center-right Slovak MEP, said, “We must take a balanced approach. Flexibility must be preserved since employees don’t want to lose it.”

On both sides of the Atlantic, there is a heated discussion over how to control gig platforms and treat freelance employees. California attempted to make them full-time employees before Europe, but was ultimately defeated in a referendum by the general public.

Europe’s courts have reached conflicting conclusions over whether gig workers should be classified as employees, independent contractors, or given a different status. The precarious nature of one-time jobs like driving, babysitting, or manual labor worries labor organizations, who believe that employment status is the only way to ensure social safety.

Governments on the left are intervening and passing laws. The socialist government of Spain ordered platforms to categorize drivers and couriers as employees in August 2021. The action sparked criticism.

In a petition to the European Commission, riders’ associations asserted that 8,000 Spaniards lost their jobs. Two-thirds of the respondents to their poll of 16,000 couriers in 24 European nations who deliver food cite “flexibility” as their primary motivation. According to the survey, “up to 250,000” present couriers would be unable to continue working in delivery if an employer set the hours, and up to 75,000 couriers would be forced to leave the industry.

Emerging are some potential compromises. France has rejected full-time status under Emmanuel Macron and suggested a brand-new social conversation between platforms and workers. He told a television journalist during his 2016 election campaign: “Go to a disadvantaged neighborhood and explain to the young people who are driving for Uber that it would be better for them to just do nothing or to deal on the streets. Go give them an explanation.”

In order to improve working conditions and compensation, Macron approved the establishment of a new Authority for Social Relations of Employment Platforms in 2021, which staged elections this year for worker representatives.

Elisabeth Borne, the former labor minister who is now the prime minister, stated that the objective was to facilitate communication between the parties in order to advance toward improved working conditions and new rights “while respecting the self-employed status to which most of them are attached.” The French solution has been praised by the Association of Self-Employed Platforms, which also includes Deliveroo and Uber among its members.

Estonia has undergone yet another intriguing transformation. In the Baltic nation, taxis and private hire drivers are treated equally in terms of licensing and background checks. Taxi drivers in Estonia are no longer required to undergo a lengthy exam. Only an online application, €38, and a week of waiting are required for them to receive their license. Private drivers are not required to carry taxi signs or purchase a taximeter, but they are still prohibited from picking up passengers who hail them from the street.

The proof that platforms would need to provide to demonstrate that the worker is not an employee is the topic of discussion in Brussels. In order to qualify as an employee, the European Commission presented a list of five requirements, but stated that only two of the five needed to be satisfied. However, Gualmini, a social democrat and member of the European Parliament, would rather that these standards be indicative rather than mandatory for determining a worker’s employment status.

Conservatives reacted negatively, worried that this would automatically reclassify all laborers as employees, destroying the burgeoning economy in the process. Other MEPs proposed the creation of a “Code of Conduct” as an alternative, calling it “a kind of self-regulation focused on improving working conditions of genuine self-employed persons.”

This non-obligatory strategy aims to motivate platforms to enhance the working circumstances for the “truly self-employed.” In addition, they maintain that optional benefits like social protection, accident insurance, or training opportunities should not be taken into account when evaluating the job relationship, in contrast to socialists.

The centrists appear to be supporting the conservative strategy. According to MEP Uri Nicholsonová, “truly self-employed” people must be “allowed to remain so and can continue to acquire work through platforms.”

The gig worker idea will be discussed in a parliamentary committee throughout the summer, and the European Parliament is anticipated to vote on it before the end of the year.