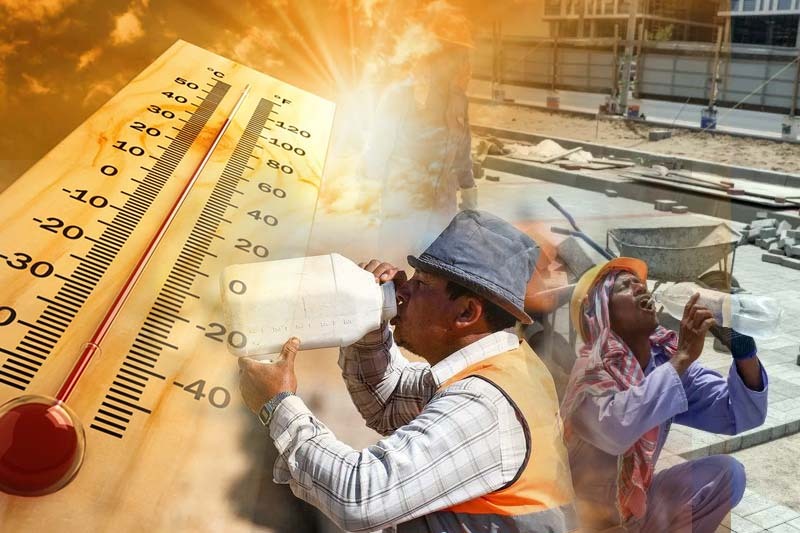 for asia’s migrant workers, extreme heat is a survival game

Global – The influence of global warming cannot be overlooked – this summer is very hot. This is especially felt by migrants working in construction. Raj, a 32-year-old father of two is among the millions of migrant workers in Asia working in construction, shipyards, mines, factories, farms, and plantations who experts say remain vulnerable due to long-term exposure to heat and humidity outdoors.

He told how in the 34 degree Celsius (94 degrees Fahrenheit) heat in the middle of work he became ill. “I felt very weak,” Raj said. “My head was spinning and my legs gave way” He says that the heat scares him, but he can’t do anything because he is afraid of the consequences from the company and the Singapore authorities.

“I have no choice. I have to work to support my family” he adds. And there are many migrants like him.

For years, scientists have been warning that the climate crisis will exacerbate extreme weather, making them more deadly and more frequent. They also say this is just the beginning and predict higher temperatures. There are now dangerous levels of heat in many parts of the world.

Scientists argue that cooled places and technology are what people need today. “Air conditioned public spaces are go-to places during extreme heat,” said Winston Chow, associate professor at the College of Integrative Studies at the Singapore University of Management. “Restricting access to cool spaces for vulnerable people like the elderly, disabled and migrant workers who spend a disproportionate amount of time outdoors working, would be the worst thing to do when heat waves are happening.”

Oxford professor Khosla pointed to the huge amount of energy consumed by standard air conditioners and said that cooling technology should be geared towards long-term sustainability.