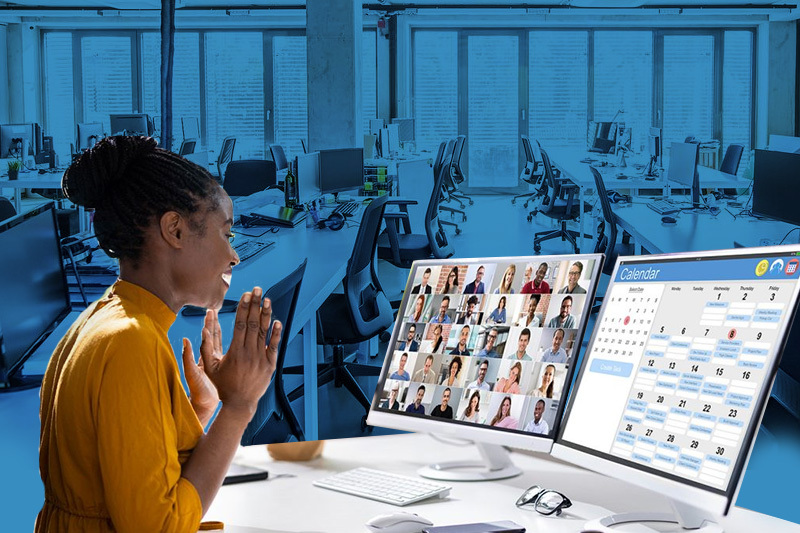 remote work a solution or a new problem

Global – Large companies have been captured by a new trend – they are abandoning hybrid working days and switching to remote work. Across America, famous and large companies are closing their offices and headquarters.

For example, at the end of June, Yelp CEO Jeremy Stoppelman announced that the company of 4,400 people will completely abandon hybrid systems and switch to remote work by July 29.

“Over time we came to realize that the future of work at Yelp is remote,” he wrote in a blog post. Stoppelman, who called hybrid work “the worst of both worlds” and even called it “hell,” said physical offices in major cities such as New York, Chicago, and Washington, DC would be closed. Yelp retains only its headquarters in San Francisco and an outpost in Phoenix.

Other companies have also opted for remote work. Airbnb, 3M, Spotify, and Lyft have given up their offices and moved home to work. Some firms, such as Yelp, have also closed office space: in May, hiring app TaskRabbit completely closed all of its offices, including its San Francisco headquarters; in April, PayPal closed its San Francisco office.

Such a system, of course, has many advantages, but what about the disadvantages? Experts also say that such a bet on remote work comes with risks, especially since no one is sure if it will work or what will happen next.

The company was motivated to take this step by the fact that hybrid operation is a complex process to manage. This led the company to completely remote settings. “Hybrid work is really hard to manage,” says Frances Milliken, professor of management at Stern School of Business, New York University. “There’s a lot of scheduling complexity with hybrid work.”

On the one hand, some of the employees come and go, and on the other hand, uncomfortable zoom meetings. And it was difficult not only for companies that were supposed to organize a hybrid mode but also for employees who, after two years of working at home, had to return to the office.

The data shows the willingness of workers to work remotely; in the case of Yelp, 86% of internal survey respondents wanted to work remotely all or most of the time; only 1% currently visit the office daily.

The trend of companies moving to remote work is already noticeable, but it is still a novelty, so it will be difficult to say how many companies will follow these examples.