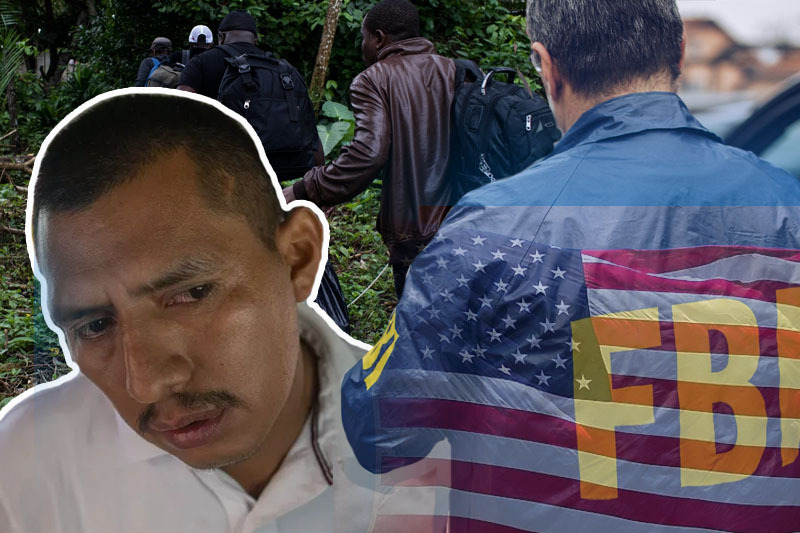 guatemala arrests migrant smugglers wanted by the us

Guatemala – At dawn, police and undercover federal agents raided a large ranch nestled among the mountains of Guatemala, near the border with Mexico. Inside the ranch, police found a swimming pool, horses, late-model cars, guns, and a still-drunk Felipe Diego Alonso, the alleged leader of a smuggling ring that was smuggling migrants from Guatemala north to the United States.

Alonzo, appearing groggy in blue jeans and a white golf shirt, said he was an onion grower who also sometimes sold land and automobiles.

The group is “systematically engaged in the recruitment, transfer, and accommodation of Guatemalan migrants to then smuggle them to the United States,” said Stuardo Campo, head of the anti-trafficking organization. “It is considered one of the largest and most powerful (groups) operating in” Guatemala, he added.

Prosecution of migrant smugglers in Guatemala has proven extremely difficult, as migrants are almost never willing to identify their faces or testify against them. In some cases, they are hoping for another chance to migrate to the United States with the help of smugglers, and in others, they fear the smugglers or their ties to organized crime.

The arrests come a month after 53 migrants, including 21 Guatemalans, died in a failed smuggling attempt when they were abandoned in a stuffy trailer in San Antonio, Texas.

This operation was carried out in five departments by local police with the support of the US Department of Homeland Security Investigations. And that was the culmination of an investigation launched in April.

According to the prosecutor, the gang charged people between $9,000 and $20,000 each to smuggle them to the United States, where thousands of Central Americans go illegally every year in search of a better life.