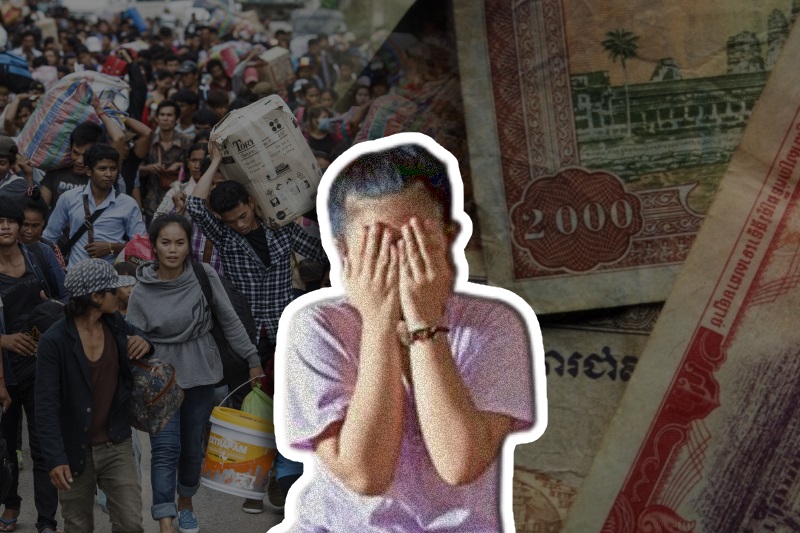 Cambodians are facing a crisis at home when it comes to financial matters as the country is unable to ensure employment or day jobs to the workers. This has made these workers seek work in other countries and they are turning to Thailand for money.

This will disrupt the practices of Thailand as well as the route that these hundreds of Cambdians are choosing has not been met with legal aspects. Given this, the labor rights promotion network has raised serious concerns about Cabodians entering Thailand not onu due to lealisties but also unavailability of space and work for them in the country.

Cambodia has been dependent on Thailand since the last few months and that has made these organisations concerned about the residents of the country, who might have to face hardships because of such a large scale of infiltration.

The executives of this organization are identifying the issues of the Cambodian workers, but are concerned about their safety in the region. The Executive director Sompong Srakaew said that this is a huge risk for these emigrants who are entering Thailand without any safety net.

He also stated that the migrant workers, who enter through illegal routes, mostly work at construction sectors along the border at Trat, Rayong, and Chanthaburi provinces. Cambodia is not the only country from where there is a surge of workers as people from Myanmar and Laos are also crossing the border.

Central coordinator based in Thailand Loeung Sophorn asserted, “At least 50% of those arrested for illegal entry are eventually deported by the Thai authorities as they cannot even pay the fines.”

Though there is a lot of demand for workers in Thailand, these workers not coming from a porpe channel is making life difficult for them. They are already facing pressure to work and earn for their family and legalities imposed on them will serve as a great threat to their lives.

The construction sites are also known to exploit the rights of these workers. Due to lack of paperwork, they cannot register complaints about their employers and the employers are well known of this fact, which makes them take advantage of it. Many migrants from Vietnam also come to Thailand, due demand for workers, but the police ends up cracking them down and departing them to their homeland.

Lieutenant Colonel Mam, a Cambodian police official revealed that there is a serious lack of jobs in Cambodia which is making them turn to Thailand. “They take the risk because they need money to feed their family members,” he added.