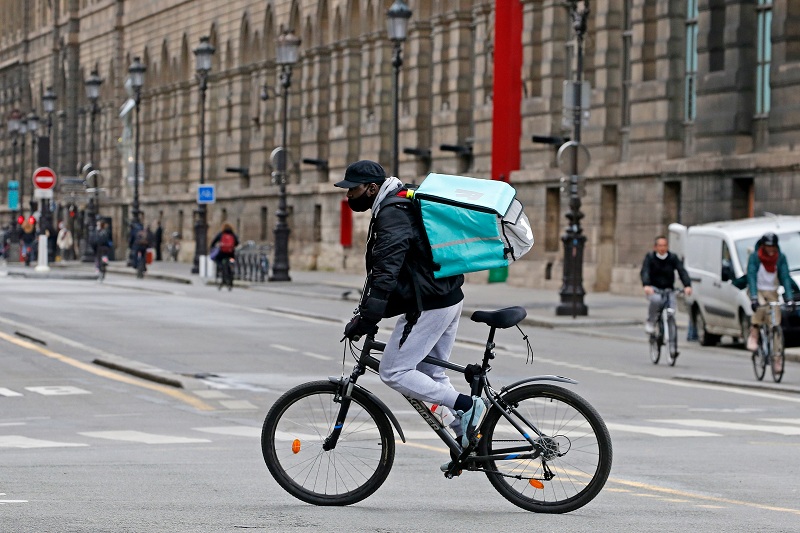 The EU has committed to reform working conditions in its gig economy and wishes to see companies take responsibility for algorithm transparency, health, and safety.

A few months back, the European Commission had launched a public consultation to see the conditions and legal employment status of gig economy workers – the bloc’s first step aimed at improving the rights of those working via digital labor platforms, such as food-delivery apps and ride-hailing.

Just Eat, Deliveroo and Uber are among some of the many digital platforms used in Europe by gig economy workers.
Lately, due to the coronavirus pandemic, as life turned online, such platforms have been in demand during the lockdowns across the EU.

Now, Members of the European Parliament have proposed changes to the European legislative framework to adhere to the new realities of the growing gig economy. On Thursday, in a resolution adopted with 524 votes, MEPs sought gig workers on digital platforms to be given the same rights as other traditional employees. The MEPs termed these as ‘digital labor platforms’. These include tech-driven food delivery services like Deliveroo, transport services like Uber, and odd job services with other similar platforms.

Companies in the gig economy have opted to class these workers as self-employed. However, MEPs say that this class has deprived gig workers access to social protection and proper labor rights. The European Parliament also wants to reverse the burden of proof so that gig workers should not be thought of as self-employed in legal proceedings unless companies prove that there is no employment relationship.

It merits a mention that this proposal allows for those who want to be self-employed to remain so. What MEPs are proposing will give gig workers entitlements to social security contributions and the right to negotiate for far better terms and conditions. It also seeks gig economy employers to take responsibility for health and safety.