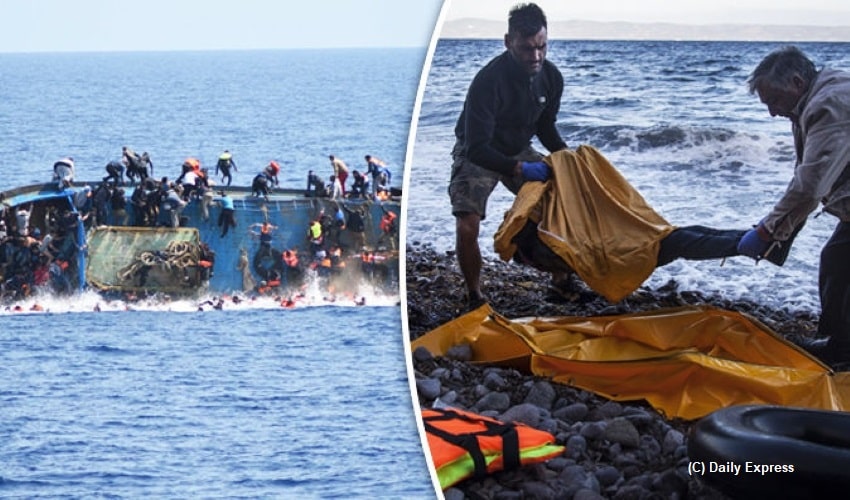 The Greek Coast Guard (HCG) has been charged with these unlawful pushbacks since long that the European Center for Constitutional and Human Rights (ECCHR),

Last week the Guardian report revealed that the Frontex vessels were involved in illegal maritime pushback exercises to forcibly push back migrants and refugees from entering the EU via Greek waters.

The Greek Coast Guard (HCG) has been charged with these unlawful pushbacks since long that the European Center for Constitutional and Human Rights (ECCHR), defines as events where migrants and refugees are pushed back over the sea border without any humanitarian consideration. Without giving them a chance to apply for asylum.

The EU has been criticized for sentencing migrants to death by Campaigners and MEPs. Moreover, also citing the EU’s Frontex agency investing in technology to screen migrants from far off and shrugging its duties towards helping migrants.

The Frontex office has denied any allegations related to push backs. Also, urged for an internal inquiry stating that it applies the best standards of maritime border control to its services.”

In July, members from the EU Parliament requested that the Greek government put forth their viewpoint on the reports and allegations which alleged that the nation’s border patrols and police forcibly kept migrants from entering Greece.

EU accused of abandoning migrants to the sea with shift to drone surveillance https://t.co/FQ9ZvD620e

However, this report surfaced following a few media and NGO’s, for example, Amnesty International revealed that the Greek police were utilizing force at the borders.

Start of Oct, Frontex signed an agreement with the Airbus and Israeli weapons company Elbit Systems for military-grade drones to screen “each vessel engaged with any type of sporadic or criminal operations adrift.

The EU has stated that air surveillance helps in saving lives on the sea. However, in June, a group of NGOs released a report alleging that Europe’s air movements had prompted a huge number of migrants taken into custody by the Libyan patrol, while the EU concluded its ocean patrols.

Oliver Nuffer, an Airbus’ defense wing sales head stated that Frontex was its first nonmilitary customer. The firm will be working on the Israeli Heron 1 airplane, outfitted with infrared cameras and radars.

Airbus hoped that the business deal would lead to more civilian associations. The latest technology has been manufactured for the military. The drone is capable of a daylong flight that would help Frontex to monitor the maritime borders, added Nuffer.

The new investigation reveals that Frontex resources were effectively engaged with one pushback episode at the Greek-Turkish sea fringe in the Aegean Sea.

Soon, a US embassy in the Maldives