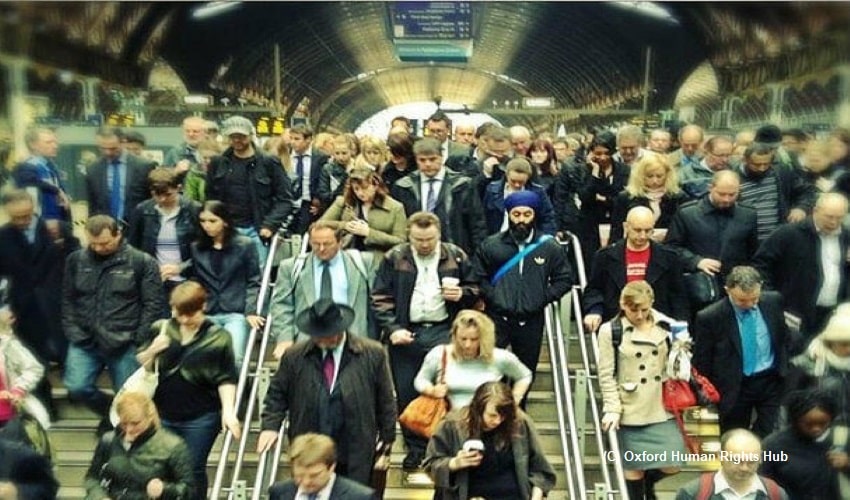 With Britain’s exit from the European Union, thousands of workers are looking to the future with concern.

With Britain’s exit from the European Union, thousands of workers are looking to the future with concern. In fact, among the main points of discussion for Brexit, brought forward by the European Council, there are workers’ rights. Borders closed to unskilled workers and those who do not speak English at a required level. These are some of the new rules that the UK will adopt in 2021 as part of the post-Brexit immigration law review plan.

A points system similar to the Australian one, as already announced by the government of Boris Johnson: to work in the United Kingdom, starting next year, it will be necessary to reach a total of 70 points, obtained through various credentials. Fifty points are required and include a good knowledge of the language (10), and already approved job offer (20), or a job of particular ‘qualification’ (20 points). Another twenty points can be scored through the title of studies (Ph.D. or Stem degrees, science, technology, engineering and mathematics) proving to earn over 25 thousand pounds or in a sector with a lack of employment.

Unlike the UK, the EU doesn’t have a minimum wage.

Don’t fall for the argument that after we leave the EU, workers rights will be put at risk.

Workers rights in the UK, are far better than the EU, and that won’t change after Brexit.

By law, workers in England must receive at least a minimum wage, called the minimum wage. It varies according to the age of the worker: apprentice £ 4.15 per hour; up to 18 years of age £ 4.55 per hour; from 18 to 20 years £ 6.45 per hour; from 21 to 24 years: £ 8.20 per hour. From the age of 25, there is no longer talk of minimum wage but of national living wage, which at the moment corresponds to £ 8.72 per hour. There is also the living wage, currently equivalent to £ 10.75 for London and £ 9.30 for the rest of the UK. The living wage is established by the Living Wage Foundation, which calculates the cost of living in the UK, and based on this, determines how much a person must be paid to live properly. It is the only pay that makes a distinction between the cost of living in the capital and the rest of the country, but unlike the minimum wage and the national living wage, employers are not required to respect it.

The minimum wage is usually updated every April, but with the Brexit, London already decided a reduction from £ 30,000 to £ 25,600 per year. The new rules will, however, set a minimum ceiling of 20,480 pounds per year for those employed in specific sectors where there is a shortage of workers. One example of all, nurses.

UPDATE: France has approved pay rises worth €8bn for health workers, with @EmmanuelMacron praising their role in fighting #coronavirus

The deal was signed with trade unions on Monday after weeks of negotiations, and will see wages rise by €183 a month on average

Entrepreneurs and industries already accused the British government of wanting to sabotage the economy, fearing “disastrous” consequences in terms of job losses and factory closures. Labor has asked to ensure at least some exceptions in strategic sectors such as health, where nursing roles are currently largely covered by foreigners, while the Liberal Democrats accused the government of xenophobia.

Among the sectors most affected are construction (where the majority of low-skilled immigrants work), hospitality, and catering: many bars, restaurants, and cleaning companies now rely on staff for most foreigners. However, Minister Patel replied that the business world will still be able to count on more than 3 million EU citizens who already work in the Kingdom (not affected by the new rules). And for the rest, they will have to “abandon the search for low-cost work” of immigrants, investing in the development of technologies for automation.

Productivity and work-life balance is dependent on the empathetic leaders