Soon, a US embassy in the Maldives 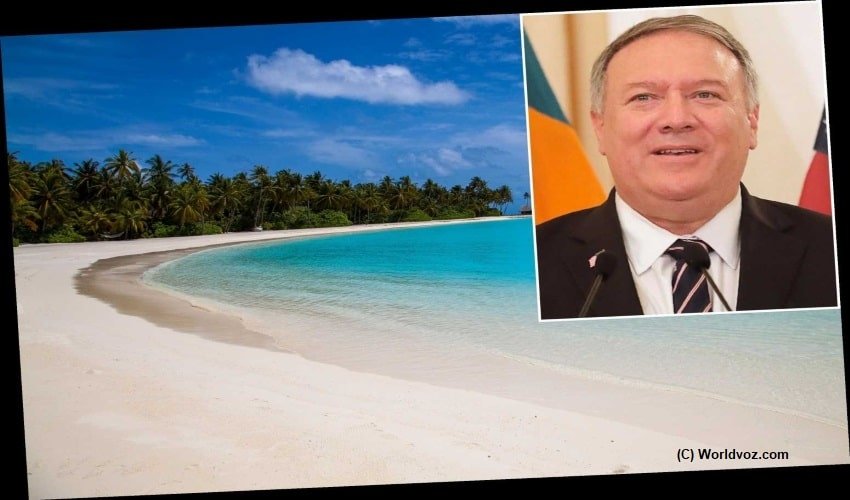 Weeks after the signing of a defence cooperation agreement between the two, the US has announced that it will be opening an embassy in the Maldives.

The announcement was made during US Secretary of State Mike Pompeo’s visit to the Maldives and sets the tone for advancing a strategic partnership in the Indian Ocean.

Weeks after the signing of a defence cooperation agreement between the two, the US has announced that it will be opening an embassy in the Maldives. US Secretary of State Mike Pompeo was in the islands after his state visit to India and Sri Lanka and had a “great” meeting with President Ibrahim Mohamed Solih, he tweeted.

The two countries have had diplomatic ties since 1966 though the US was providing consular services to the Maldives from its embassy in Colombo, Sri Lanka. With this new step, the two countries will continue to support democratic institutions and partner on issues like regional maritime security and terrorism, Pompeo said.

.@SecPompeo: Great meeting with Maldivian FM @abdulla_shahid to discuss plans for economic recovery & ways we can cooperate to increase security & counter terrorism. Excited about our plan to open a U.S. Embassy in Maldives, which symbolizes our strong & growing partnership. https://t.co/X5JBvlxiim

The strategically located nation will be a key ally in the US efforts to counter China’s growing presence and influence in the region. In September, the Deputy Assistant Secretary of Defense for South and Southeast Asia Reed Werner and Maldivian Minister of Defence Mariya Didi signed a framework for defence and security relationship to deepen engagement and cooperation in maintaining peace in the Indian Ocean.

China is trying to become an all-encompassing Indo-Pacific maritime power and while it has been aggressively asserting its stake in the South China Sea, it is also expanding its influence in the Indian Ocean. It already has control of the strategically significant Gwadar Sea Port in Pakistan.

Pompeo’s visit is the highest-level state visit by a US official to the Maldives since 1992 and the Maldivian President’s Office said in a statement that he had engaged with his counterparts on a range of issues that would strengthen bilateral ties like trade, investment, environment and cybersecurity. Their foreign affairs minister Abdulla Shahid called the opening of this embassy a significant milestone in their longstanding relationship. The Maldives has been able to accrue a growing prominence in the international stage recently with strong outreach efforts that ensured the opening of British High Commission in the country and its re-entry into the Commonwealth of Nations. This new development will further help the islands raise its profile and leverage this to put forth more strongly its domestic and foreign priorities.