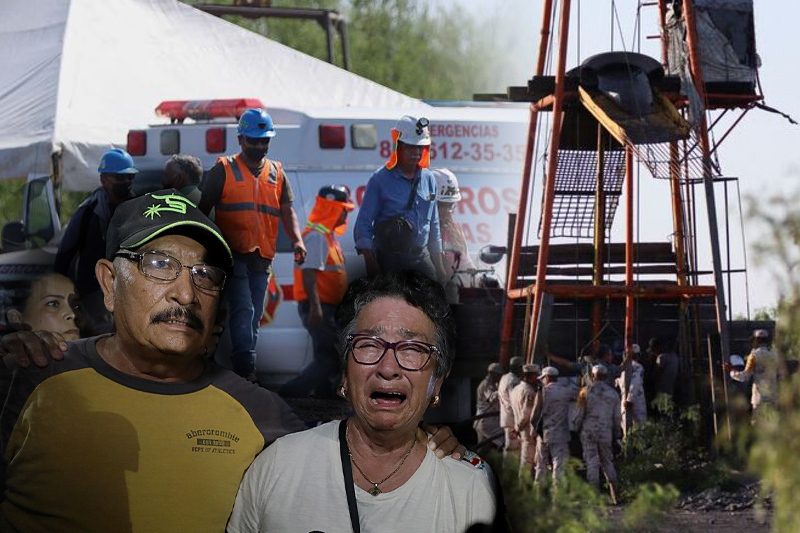 rescuers race to free miners trapped in flooded mine in mexico

Mexico – Ten miners have been trapped in a flooded coal mine in northern Mexico for more than 24 hours as rescuers try to reach them.

“We have not slept, we are working day and night, uninterrupted,” said Velazquez, who is in charge of the rescue operation. On Wednesday, rescuers managed to extract five people from the mine, and now they are pumping water out of the flooded area. “We are strategically putting pumps in each of these wells to be able to extract the greatest amount of water and have immediate access to the mines and rescue the miners as soon as possible,”  she said.

The incident came to light on Wednesday afternoon when miners encountered an abandoned tunnel, flooding the mine, authorities said.

A miner’s wife told Reuters that she spent the entire night watching the rescue work at the site. Early on Thursday morning, six special forces divers joined the rescue effort. However, there has been no update on their findings yet.

Governor Miguel Riquelme of the states of Coahuila and Zaragoza on Thursday visited the municipality of Sabinas, where the mine is located.

“Five water extraction pumps totaling 150 horsepower are currently working and other submersible pumps are being installed, which are being sent by companies in the region and thus continue with the rescue efforts,” he wrote on Twitter.

According to a statement released by Mexico’s Minister of Labor and Social Security, the mine, which currently houses ten people, only started operations in January and there have been no complaints about anomalies in these places.

At his daily press briefing on Thursday, President Andrés Manuel López Obrador said that any investigation into the mine would only begin after the rescue operation was completed. “Those responsible, the permits, the inspections, everything, all of that, we are leaving until after. We already have the basic information,” he said.

“But let’s not talk about that now, let’s look to save the miners.”