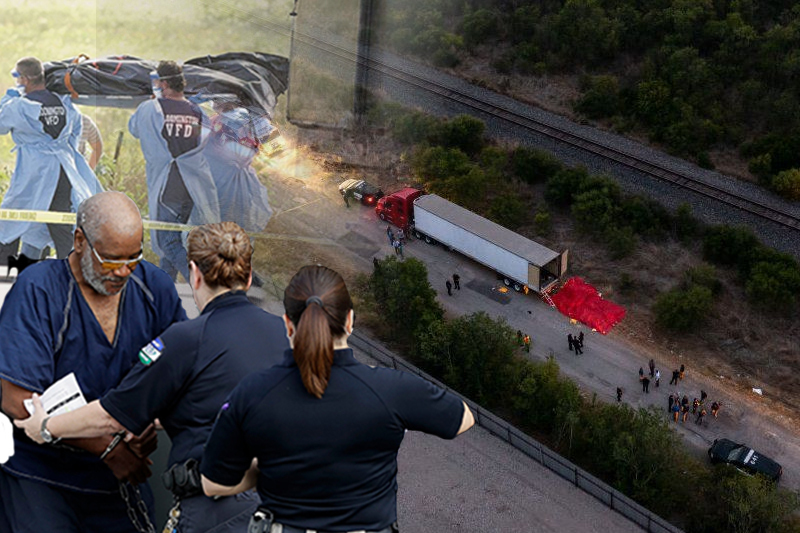 United States – As news of humans being carried as objects on the Mexican border in a trailer come to light, what has also come to light is the pathetic desperation amongst people to cross borders at the risk of losing their lives.

On June 28, a trailer-truck was found on the border of Mexico near San Antonio, Texas (U.S.). The truck trailer had slipped through a Border Patrol checkpoint on a Texas highway, while another truck driver was making the same journey carrying 52 migrants.

The previous one had literally 53 dead due to various breathing and heart related issues. There is a huge amount of commodity movement through trailers which are going unchecked. Human trafficking is rampant.

According to U.S. Immigration and Customs Enforcement (ICE), there have been over 1,000 human smuggling cases been investigated from January to date. The nature of smuggling remains unclear.

Previously, more migrants would be smuggled by “mom and pop” criminals in small vehicles. But as trans-national cartels have taken over the illicit business, profits have become paramount. Trucks are usually overloaded with aspiring immigrants who have crossed the Mexican border illegally.

Human traffickers treat them as commodities. The motive is to get maximum out of one lot of travel. Suffocation is a result of close proximity travel with no or less ventilation. Some drivers are lured into huge bribes to the tune of $50,000 with no questions asked as to what are they transporting. Many are ill-willed and knowing get into transporting human beings.

The sheer volume of truck traffic makes comprehensive monitoring a huge challenge and increases the number of potential drivers for cartels to recruit, said Ernesto Gaytan Jr., chairman of the Texas Trucking Association.

Tracking devises are in bad condition on the more than 100 checkpoints, which do not detect these cartels trafficking people. Smugglers are targeting drivers on refueling spots, or state truck stops. Truck owners are now finding ways of instructing truckers not to stop on these points at all.

Each driver gets around $1000 per passenger. So, imagine the numbers he can carry. Trucks are on the rise on the borders; but the cartel continues to function as ICE doesn’t seem to be getting enough hands-on deck to stop the menace of human trafficking.