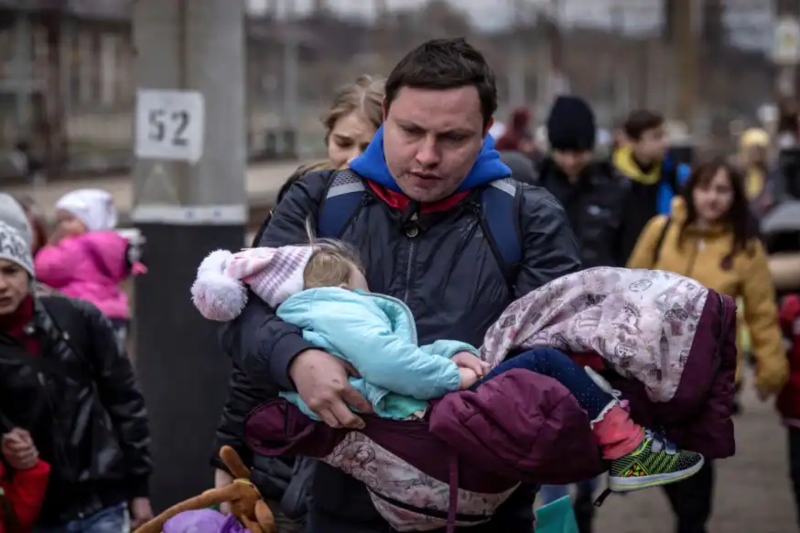 an ode of a journalist to children of ukraine

Ukraine – It’s a tribute and contribution to the lives of Ukrainian children of a very different kind. A journalist has sold of his Nobel prize to raise money to fund the safety programme of children who have been displaced in the Ukrainian war.

As the human trafficking network seems to have kicked in with displaced children moving around the borders seeking food and shelter, there are Samaritans like Russian journalist Dmitry Muratov who seem to be riding a different ship of hope.

Muratov has sold his Nobel prize for a whooping $103.5 million and donated the cash amount of $500,000 towards rehabilitation efforts. Media doesn’t seem to still have a great voice in Russia. Mr. Muratov was the one to have founded the independent Russian newspaper Novaya Gazeta and was the publication’s editor-in-chief when it shut down in March amid the Kremlin’s clampdown on journalists and public dissent in the wake of Russia’s invasion of Ukraine.

Proceeds from the auction would be directly sent to UNICEF for the rehabilitation of the lives of those survived the Ukrainian war with Russia. Melted down, the 175 grams of 23-karat gold contained in Muratov’s medal would be worth about USD 10,000.

Meanwhile rich Russians are said to be auctioning their expensive belongings under the Heritage Auctions programme and sending the proceeds towards the betterment of the wrongs done by the war to the children. Mr. Muratov has been vocal about the corruption and dictatorial leadership presented to Russia by Vladimir Putin.

He has also highly critical of Russia’s 2014 annexation of Crimea and the war launched in February that has caused nearly 5 million Ukrainians to flee to other countries for safety, creating the largest humanitarian crisis in Europe since World War II.