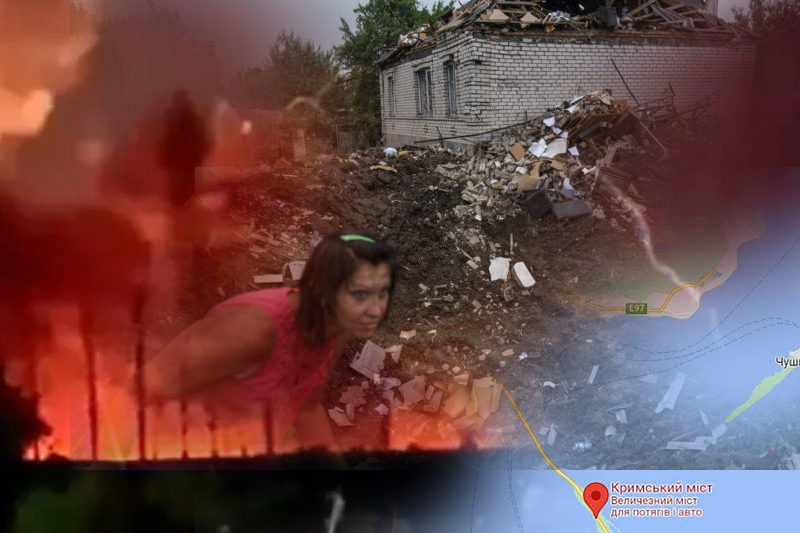 fires and explosions reported at military targets in russia and crimea

Russia – Two Russian villages were evacuated after a fire at an ammunition depot near the border with Ukraine in the Belgorod region. Near the village of Timonovo, less than 50 km from the border, an ammunition depot caught fire, the governor of the region, Vyacheslav Gladkova, said. He also added that there were no casualties.

Fires and explosions have been reported at military installations in Russia and in Russian-occupied parts of Ukraine. Western officials speculate that these are sabotage operations because the conflict has reached a stalemate.

At least four explosions were reported near the large Belbek airbase north of Sevastopol in the occupied Crimean peninsula. The pro-Russian governor of Sevastopol, Mikhail Razvozhaev, said: “There is no damage. No one was hurt.”

Thursday’s overnight incidents came days after devastating explosions at a major air base and ammunition depot in Crimea. Following the attacks, many Russians rushed to leave the peninsula, with a record 38,000 vehicles crossing on Tuesday.

Kyiv also announced a number of night strikes on the rear of Russian troops in the southern Kherson region of Ukraine, including on the bridge on the Kakhovka dam. This bridge was one of the last supply routes for thousands of Russian troops on the western bank of the Dnieper River.

Ukraine is hoping its apparent newfound ability to hit Russian targets behind the front lines could turn the tide in the conflict by disrupting supply lines Moscow needs to support its occupation.

Ukrainian President Volodymyr Zelensky said on Wednesday that panicking Russians have realized that Crimea is not the place for them and hinted that more terrorist attacks could be ahead. “Do not approach the military objects of the Russian army,” he warned the Ukrainians like that.

More than half of the combat aircraft of the Russian Navy’s Black Sea Fleet were put out of action in last week’s bombings at the Saki military airfield in western Crimea, an area that Moscow previously considered safe, according to the Defense Ministry.

While Russia denies any aircraft were damaged in what it called an accident at the base, commercial satellite imagery shows at least eight completely burned-out warplanes and several huge impact craters. This week, Moscow fired the head of the Black Sea Fleet.