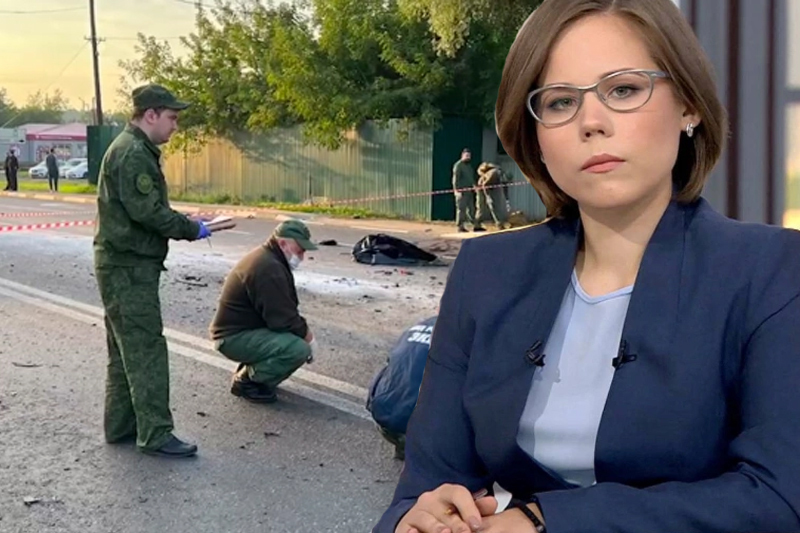 Russia – On August 20, 29-year-old Darya Dugina died due to an explosion in the Moscow region. Her father, Russian philosopher Alexander Dugin, known as “Putin’s brain”, may have been the attack’s intended target.

Dugin is a prominent ideologue of ultranationalism. He and his daughter were at a festival near Moscow, where the philosopher gave a lecture.

The Tradition festival positions itself as a family holiday for art lovers, which takes place in the Zakharovo estate, where the Russian poet Alexander Pushkin once stayed.

Dugin and his daughter were supposed to leave the place in the same car, but the father reportedly decided to stay for the evening.

Footage that has circulated online shows Dugin watching in shock as emergency services arrive at the scene of the burning car.

Investigators confirmed that Dugina, who was driving a car, died on the spot near the village of Bolshie Vyazemy. The cause of the explosion was an explosive device planted under the car. The investigation is being conducted by forensic experts and explosives experts.

“Ukraine, of course, has nothing to do with this, because we are not a criminal state, which is the Russian Federation, and even less a terrorist state,” Mikhail Podolyak, adviser to President Volodymyr Zelensky, reacted to the events.

Maria Zakharova, the spokeswoman for the Russian Foreign Ministry, said in a Telegram message that if any Ukrainian link is found, it would be tantamount to “state terrorism.”

Despite not holding an official government position, Dugin is considered a close ally of the Russian president and has even been branded as “Putin’s Rasputin.”

Daria Dugina was a well-known journalist who openly supported the invasion of Ukraine.