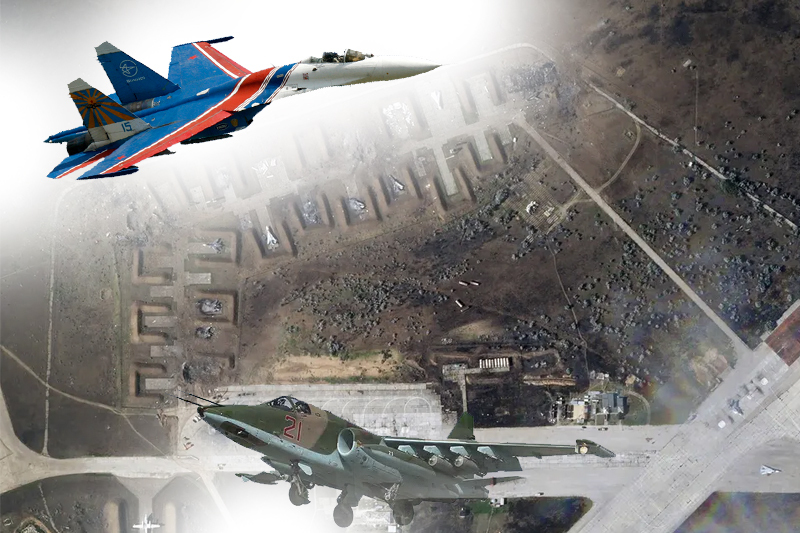 Crimea – On Tuesday, there were air blasts at the air base in Saki, which, according to Russia, killed one person, injured 14, and damaged dozens of nearby houses.

At least eight Russian warplanes were damaged or destroyed in the recent attack on the Saki airbase in Crimea, according to recently released satellite imagery, while Russia claims none were injured.

Kyiv has not publicly claimed responsibility for the attack, although it does so privately, while presidential adviser Volodymyr Zelensky has suggested that partisans may have been involved in the attack.

“In just one day, the occupiers lost 10 combat aircraft: nine in Crimea and one more in the direction of Zaporizhzhia,” he said. “The occupiers also suffer new losses of armored vehicles, warehouses with ammunition, logistics routes.” This is how Zelenskiy referred to the attack in his Wednesday evening address.

Russia was reluctant to admit that any aircraft were damaged in the attack during the attack, and only reported that a few airborne munitions exploded in a warehouse at the facility.

However, recently released satellite photos show several blown-up fighter jets at the military base in Novofedorovka, suggesting the possibility of a targeted attack.

Pictures taken by a private satellite operator around 08:00 on August 9 – about four hours before the attack – and around 16:40 on August 10 show that at least eight planes parked outside were damaged or destroyed.

Eliot Higgins, founder and director of open source investigative website Bellingcat, wrote in a series of tweets Thursday that he “can’t remember Russia losing so many air assets in one day in one day.”

Su-30M fighter jets, Su-24 bombers, and Il-76 transport aircraft are based at the Saki air base in Crimea, which are regularly used to carry out missile strikes on Ukraine and patrol the Black Sea and adjacent territories. Crimea is internationally recognized as part of Ukraine but was taken over by Moscow in 2014.