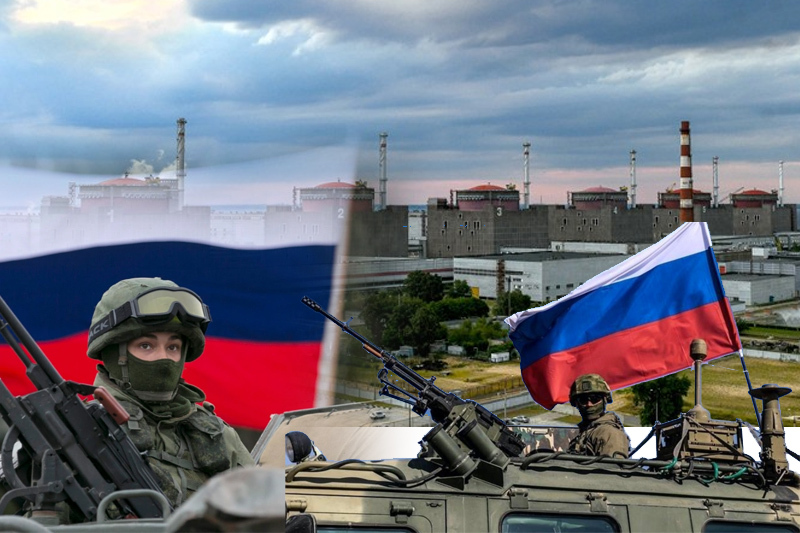 Ukraine – For days, Ukraine and Russia have accused each other of attacking Europe’s largest nuclear power plant, raising fears of a major accident. It has been under Russian occupation since the beginning of March, although Ukrainian technicians are still working on it.

On Sunday, Ukraine said two workers were taken to hospital with shrapnel wounds and that three radiation sensors were damaged and blamed Russian forces for the attack on the Soviet-era facility.

Kotin, who heads Energoatom, said that 500 Russian soldiers were at the station and that they had placed rocket launchers in the area.

He stated that Russian forces are using the power plant as a shield against Ukrainian forces because no one from Ukraine is going to do anything. “The Ukrainian Armed Forces know that these are Ukrainian personnel and this is a Ukrainian plant and there are Ukrainian people [there] so we aren’t going to kill our people, our staff and damage our infrastructure.”

He said Russia’s plans were to disconnect the plant from Ukraine’s grid and eventually connect it to the Russian system.

Also, according to Kotin, plant personnel worked under pressure and in danger, and some were captured, beaten and tortured.

Tensions have led to growing calls for international inspectors to be allowed to visit the site.

“There is no such nation in the world that could feel safe when a terrorist state fires at a nuclear plant,” said Zelensky.

However, Russia denied the allegations and blamed Ukrainian forces for the attacks. The Ministry of Defense of the country said that as a result of the shelling, a high-voltage power line was damaged.

The Washington-based think tank Institute for the Study of War said last week that Russia used the nuclear power plant to play on Western fears of a nuclear holocaust.