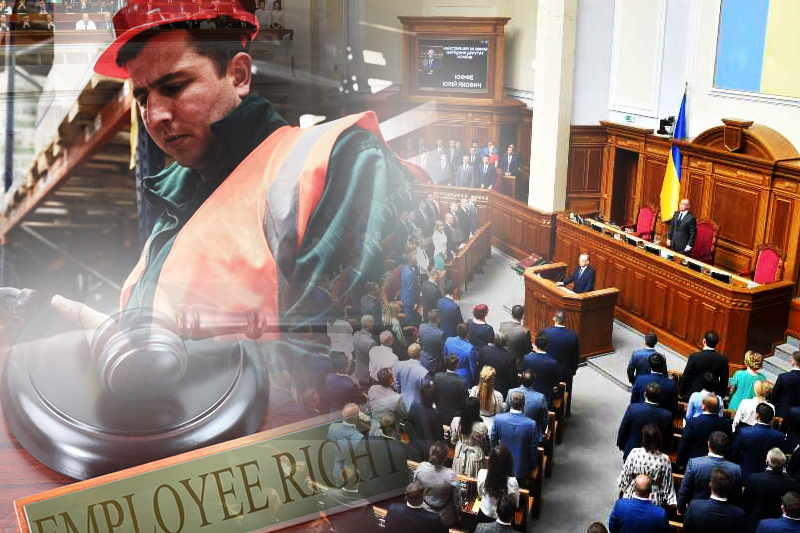 Ukraine – Two radical measures have been passed by the Ukrainian Parliament on the labor liberalization, raising fears that country’s workforce might face loss of rights at workplace as Russia’s continuing invasion is wrecking the economy of the country.

What are the passed draft bills?

Two laws have been passed this week in which the MPs have voted legalizing “zero hours contract” and efforts towards removing workplace protections for about 70 per cent of workforce in Ukraine that was earlier guaranteed by country’s National Labor Law.

The National Labor Code will no longer be applicable to employees in small and medium sized companies. Furthermore, it has been proposed that each worker must enter an individual labor agreement with his employer. This will also strike off the legal freedom of trade unions to “veto workplace dismissals”. The draft law 5371 was previously criticized by ILO (International Labor Organization) and also Ukrainian trade unions citing it could “infringe international labor standards”.

On the other hand, the first proposed bill of zero hours contract states that “employers who choose to use the contract option will be able to call up workers at will, though contracts must define the method and minimum timeframe for informing an employee of work, and the response time of the worker to agree or refuse to work”.

“The Federation of Trade Unions of Ukraine will now ask president Volodymyr Zelenskyi to veto draft law 5371 when it goes to him for signature – but will not make the same request over the proposed law on zero-hours contracts,” said Ukrainian MP Vadym Ivchenko.

Nataliia Lomonosova, an analyst at Ukrainian think tank Cedos, has warned that these two laws can further damage already deteriorating socio-economic condition for the Ukrainians caused by Russia’s invasion. “People right now have no bargaining power, and trade unions cannot protect them,” she said.

Lomonosova has expressed fear that, as a result of the displacement, “many people will find themselves in the situation of Ukrainian migrant workers” in their own country.

The ministers of Zelensky’s party are hailing the measures while hinting of further labor liberalization in Ukraine. “These are draft laws that business is waiting for, draft laws that will protect the interests of all entrepreneurs. And workers, too, by the way,” said MP Danylo Hetmantsev.