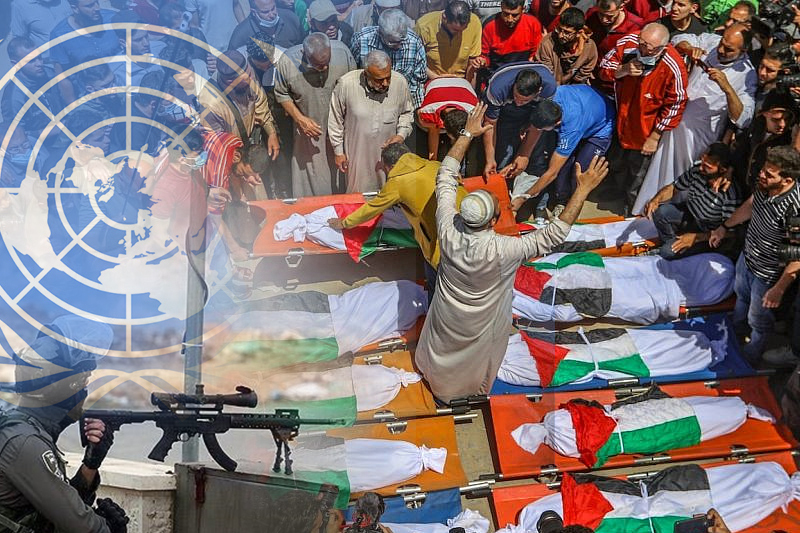 un removes violators of children’s rights from ‘list of

Israel – Israeli security forces killed 78 Palestinian children and injured 982 more in 2021 than any other armed force or group in the 21 conflict nations Antonio Guterres studied in his new annual report on children and armed conflict, according to the UN Secretary-General. Nevertheless, in his yearly “list of shame” for abuses against children in armed conflict, Guterres neglected to name Israeli military.

Guterres has been using a double standard for years, including some people on his “list of shame” while leaving out people who frequently commit considerably more infractions. Despite the UN finding that Israel’s soldiers had killed or injured more over 7,000 Palestinian youngsters since 2015, Israel has never been included on the list.

The “list of shame”, which presently includes 57 government military units and non-state armed groups accountable for serious abuses against children in armed conflict, is a crucial accountability instrument. According to UN regulations, countries listed on the list are only removed after agreeing to and carrying out an action plan to stop their infractions and may be subject to sanctions from the UN Security Council.

Additionally, the secretary-general might have brought attention to those responsible for the wars in Mozambique, Ethiopia, and Ukraine in this year’s report. In addition to leaving them off of his “list of shame”, he gave no insightful commentary on the heinous abuses kids endured during those battles.

Virginia Gamba, the special representative on children and armed conflict, stated that because they did not receive any reports that met their requirements, they will only report on these conflicts in the 2023 report. Other UN organizations have recorded wartime violations in Ukraine since 2014, including 750 strikes on schools, despite the fact that Russia’s full-scale invasion of Ukraine did not start until February 2022. Since 2017, there have been reports of violations in Mozambique.

These omissions are not the only ones. An illustrious committee of experts found dozens of instances during a ten-year period in which armed forces or organizations that committed recurrent and severe violations against children in war were left off the secretary-“list general’s of shame” or were taken off it too soon.

The report and list from the secretary-general represent an enormous squandered opportunity. He hampers efforts to protect children in times of war by refusing to hold all offenders accountable and reporting on all conflicts.