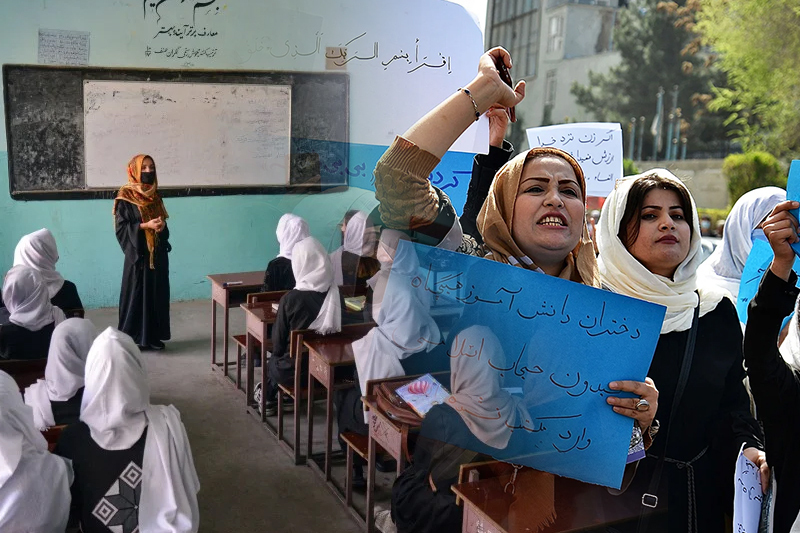 Afghanistan – The Taliban government recently held a large-scale conference in Kabul, Afghanistan, to make an array of policy decisions in line with Islamic law. However, the Taliban did not discuss women’s rights and debarred women from attending the first-ever ‘Loya Jirga’ event.

Women’s education, women’s employment and the economic crisis were largely overlooked at the event. The Taliban gave attention to various religious figures who advocated violence and death. Around 3,500 religious scholars and elders from across the country were invited to attend the event.

The plight of Afghan women

Women criticized the Taliban government for overlooking women’s rights in the grand event. Subsequently, a group of women activists under the name of ‘Kabul School of Critics’ protested against the Taliban and demanded to reopen schools and educational institutes for women without further delay.

The women protestors said that instead of addressing the real problem and food crisis, the Taliban is engaged in issuing warnings, killing people and taking revenge.

Women rights activist Ramzia Saeedi criticized the closure of girls’ schools above the sixth grade and the exclusion of women from society. She demanded the reopening of schools for young girls. She also said that the Taliban must not use the education of girls as a political abuse.

Women are suffering in Afghanistan under the Taliban regime. The lack of female healthcare workers has prevented women from accessing basic medical facilities. According to the Taliban, only women can treat other women.

The Taliban has also prevented women from using smartphones. Women have also been banned from travelling alone.

Nearly 80 per cent of women working in the media have lost their jobs since the Taliban takeover.

Recently, the Taliban’s religious police put up posters across the southern Afghan city of Kandahar saying that “Muslim women who do not wear the hijab are trying to look like animals.”